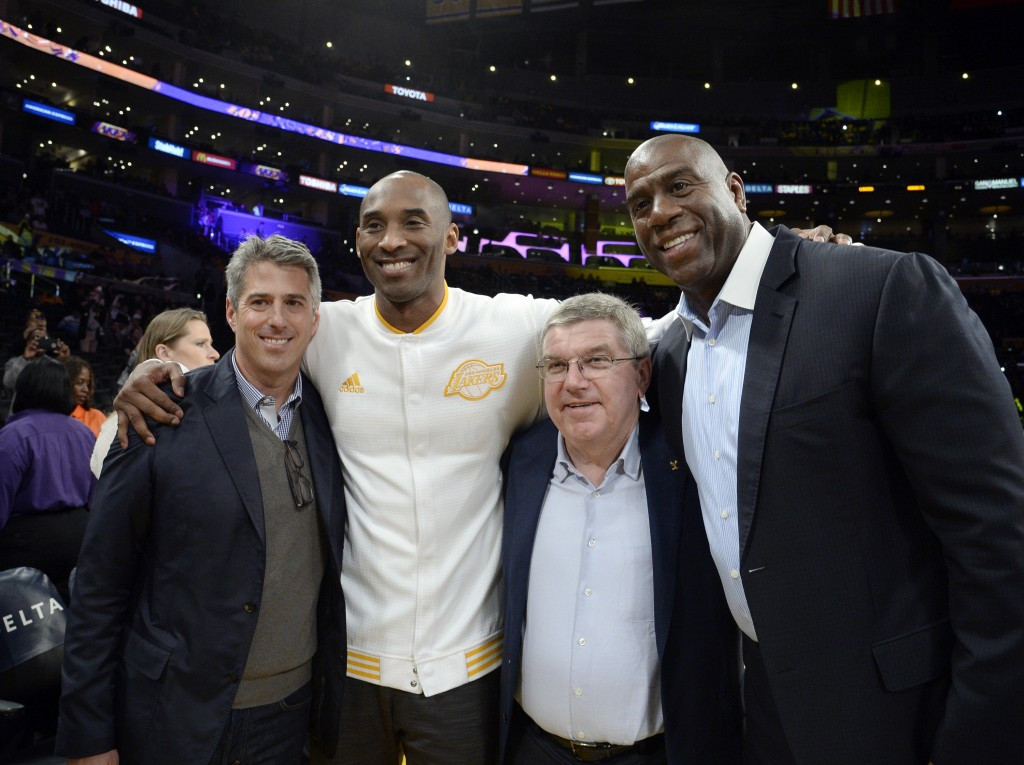 International Olympic Committee (IOC) President Thomas Bach is meeting with key officials from Los Angeles 2024 during a visit to the candidate city for the Olympic and Paralympic Games.

The group watched NBA side Los Angeles Lakers play the Charlotte Hornets at the Staples Center, one of the venues located at the heart of the proposed Downtown Cluster for the 2024 Olympic bid.

Bach’s visit comes as the American city prepares to finalise and hand in the first part of their Candidature File to the IOC, which must be done by February 17.

The submission is due to cover the Los Angeles vision, Games concept and strategy.

Both venues will be visited by the IOC delegation during their trip, while Bach is expected to meet with more Olympic champions, business leaders and local reporters.

"I want to thank President Bach for visiting Los Angeles and giving us the opportunity to discuss how our plans for a sustainable Games align with his visionary Olympic Agenda 2020 reforms,” said Wasserman.

“Guided by President Bach's leadership, we are creating a Games concept that offers athletes the best, personalised experience through our ideal climate and existing world-class venues, leaving a legacy to inspire the next generation at home and abroad."

The German is expected to conclude his stay in California by visiting the San Francisco Bay Area to meet with technology executives tomorrow.

"We are honoured to welcome IOC President Thomas Bach to the City of Angels,” said Garcetti.

“We look forward to showing President Bach and IOC officials our plans to harness our creativity, innovation and fiscal discipline to create a new Games for a new era."

A host is set to be selected at the 2017 IOC Session in Lima.