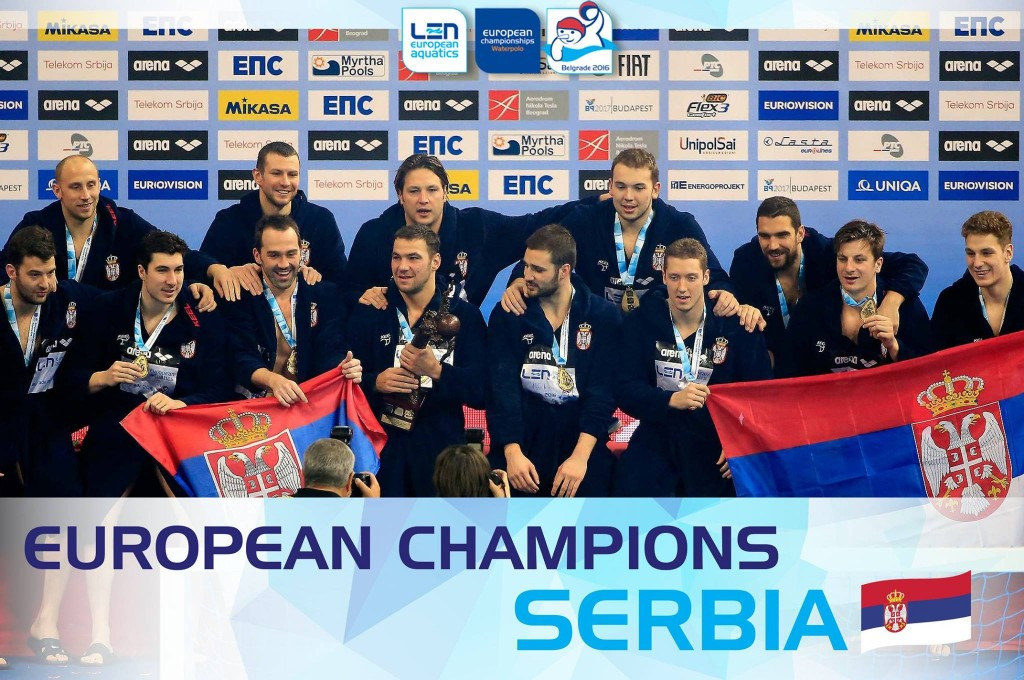 Hosts Serbia beat neighbours Montenegro in the final of the men’s European Water Polo Championships to claim their third successive title in front of a record crowd of 16,000 at the Kombank Arena in Belgrade.

The world champions overcame a one-goal deficit in a strong final quarter to win 10-8 in an arena which had its capacity expanded for the clash between the Balkan rivals.

The attendance beat the competition record of 11,000 for Serbia's 13-6 win against Croatia in the opening match of the tournament.

Earlier on the final day of action, Hungary beat Greece 13-10 in the bronze medal match, while Spain overcame Italy 8-7 to take fifth spot.

There were also wins for Croatia, who defeated Russia 13-5 to finish seventh, and France, who secured a ninth-place finish by beating Romania 12-6.

The one other game saw Germany win 9-7 against The Netherlands to ensure 11th spot.

Italy, Hungary, Spain, Russia, France, Romania, Germany, The Netherlands and Slovakia are all due to play in the Men's Water Polo Olympic Qualification Tournament, which is scheduled to be held in Trieste, Italy from April 3 to 10.

They join Canada, Kazakhstan and Africa as representatives of the Americas, Asia and Africa respectively.

Serbia, Montenegro, Greece and Croatia have all already qualified for Rio 2016.