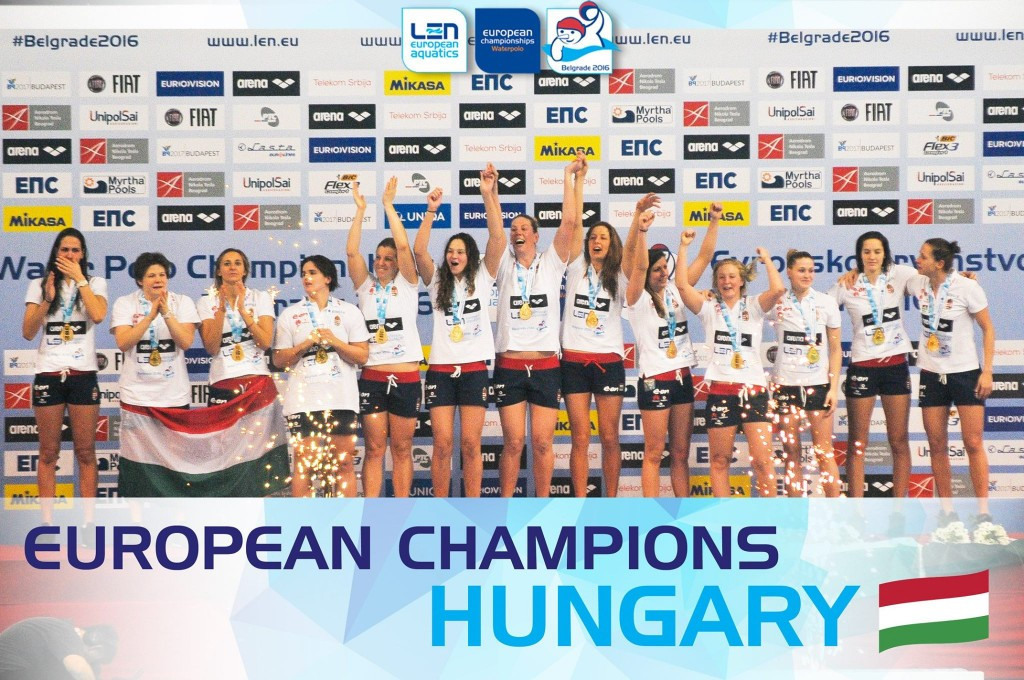 Hungary ensured their place in the women’s water polo tournament at this year's Olympic Games in Rio de Janeiro after beating The Netherlands in the final of the European Championships in Belgrade.

The score was tied at 7-7 going into the last quarter, during which Hungary scored two vital goals to earn them the gold medal and qualification for Rio 2016.

The Netherlands will now compete at the Women's Water Polo Olympic Qualification Tournament, which the country is set to host in Gouda from March 21 to 28.

They will be joined by losing semi-finalists Italy and Spain, who met in the bronze medal match today with the former coming out 10-9 winners.

Greece will also be travelling to Gouda,  along with Russia, who they beat 4-3 on penalties in the fifth place play-off following a 9-9 draw in regular time.

In the battle to avoid finishing last, Croatia came out 12-4 winners against a Turkish side that failed to pick up a victory throughout the competition.

The same fate was inflicted on Turkey’s men’s team as Malta won 4-3 on penalties in the 15th place play-off after a 10-10 draw in regular time.

The only other match today in the men’s draw was the 13th place play-off which saw Slovakia edge Georgia 10-9.

The remaining play-off games are all scheduled for tomorrow, culminating in the final between Serbia and Montenegro.

The showdown is a repeat of the 2008 final, won by Montenegro, and the 2012 gold medal match in Eindhoven,

The latter meeting between the two nations, which existed as a union until 2006, was the first of two consecutive tournament wins for Serbia, who will vie for a third straight victory in front of a home crowd.

Both finalists have already qualified for Rio 2016.