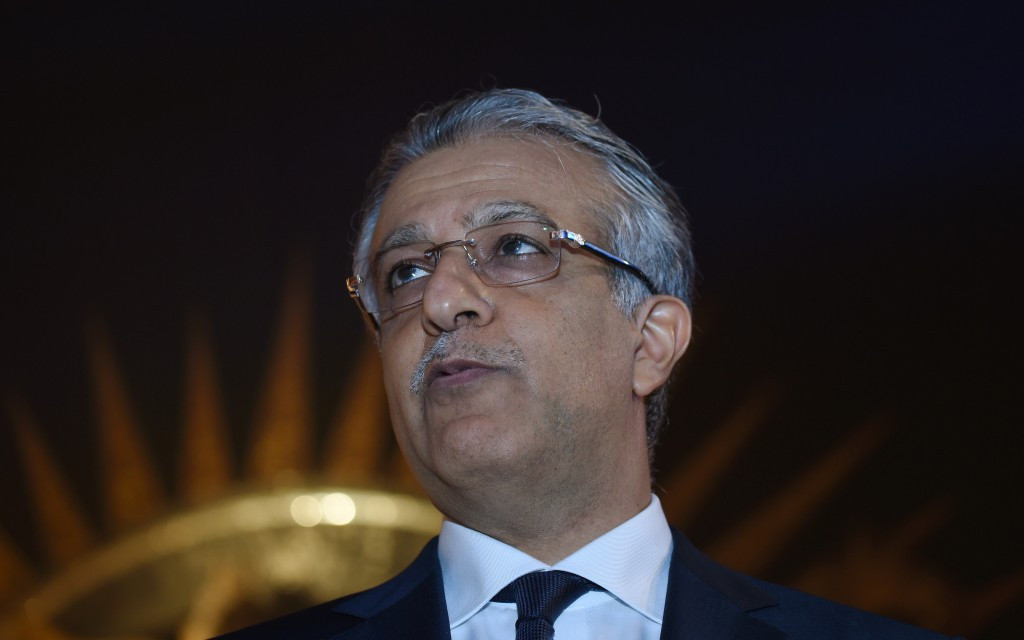 FIFA Presidential candidate Shaikh Salman Bin Ibrahim Al-Khalifa claimed he would revisit the 2018 and 2022 World Cup bid processes “if serious wrongful conduct is proven by a court of law” should he be elected as head of world football’s governing body.

The Asian Football Confederation (AFC) President was one of only two respondents to a survey sent out by campaign group #NewFIFANow, along with Frenchman Jérôme Champagne, who said he would still vote for Russia for the 2018 tournament despite a criminal investigation being launched into how the event was awarded.

Both men believe that the Garcia report into the bid processes for the two World Cups should be published with redactions.

This is in direct contrast to fellow candidate and Jordanian Football Association President Prince Ali Bin Al Hussein, who called for the immediate publication of the report in full because “people need to know what is going on at FIFA”.

Champagne also claimed he would choose the United States to host the 2022 competition, which was controversially given to Qatar.

Shaikh Salman refused to directly answer the question on who would get his vote for the 2018 and 2022 World Cups should the bid process be hypothetically re-run.

The survey, which largely included questions from football fans sent in via social media, asked those standing to replace banned President Sepp Blatter to nominate their top three priorities if they are successful in their respective challenges for the FIFA Presidency.

The other candidates, UEFA secretary general Gianni Infantino, South African businessman Tokyo Sexwale and Prince Ali, all declined to respond to the survey.

Champagne highlighted the gap between the rich and poor clubs, restoring the reputation and credibility of FIFA and modernisation of governance, administration and world compliance to regulations as the top three issues facing world football.

Instead of giving his main three priorities, Shaikh Salman provided a detailed response about how he would spend his first day as FIFA President should he be elected to lead the organisation.

He claimed he would “meet all FIFA employees in the auditorium” to outline the way the governing body will be run under his Presidency before seeking a status report from all senior managers.

The AFC chief promised he would then start restructuring the organisation along the lines of his campaign platform.

Champagne also believes the current perception of FIFA worldwide is “one out of ten”, while Shaikh Salman once again declined to answer.

The Frenchman and Sexwale have both agreed to attend a forum on the future of world football’s governing body at the European Parliament in Brussels on January 27, where the candidates will be able to pledge their case for the Presidency ahead of the Extraordinary Congress, due to take place in Zurich on February 26.

UEFA general secretary Gianni Infantino, meanwhile, looks likely to be at the event in the Belgian capital but this has yet to be confirmed.

Prince Ali will take part in the forum via video link and Shaikh Salman will be the only absentee due to him having to attend a series of AFC meetings towards the end of the month.

A copy of the entire questionnaire to candidates and the responses from Champagne and Salman can be read by clicking Results of Presidential candidates survey.pdf.