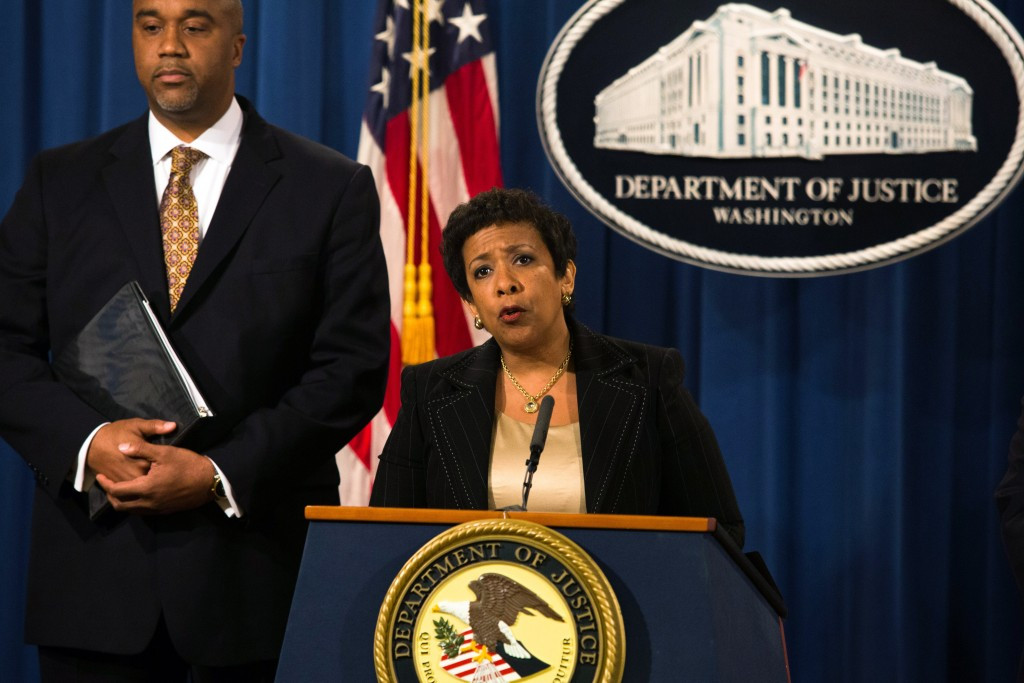 FIFA vice-presidents Alfredo Hawit of Honduras and Juan Angel Napout of Paraguay, both arrested in Zurich this morning, are among 16 officials indicted by the United States Department of Justice (DOJ) on corruption charges, Attorney General Loretta Lynch confirmed today.

Hawit was appointed interim President of Confederation of North, Central American and Caribbean Association Football (CONCACAF) after predecessor Jeffrey Webb, arrested in similar raids in May of this year, was banned from football for life for his involvement in widespread corruption.

Napout is currently the President of CONMEBOL, the South American Football Confederation.

The businessman from the Cayman Islands was one of seven people to plead guilty to the charges.

It has been reported that, along with Jack Warner, who led CONCACAF until he was suspended in 2011, Webb "embezzled or personally appropriated funds provided by FIFA, including funds intended for natural disaster relief".

Marco Polo del Nero, President of the CFB and who only resigned from FIFA's ruling Executive Committee last month, has also been named.

Among the 16 indicted are various heads of Central and South American footballing bodies from countries such as El Salvador, Guatemala, Honduras and Panama as well as current and former officials within CONMEBOL.

Richard Weber, an investigator for the Inland Revenue Service, described the investigation into corruption within world football as "one of the most complex worldwide financial investigations ever conducted", where "hundreds of millions of dollars" were used to pay "bribery proceeds".

"The betrayal of trust set forth here is outrageous," Lynch said.

"The scale of corruption alleged herein is unconscionable.

"And the message from this announcement should be clear to every culpable individual who remains in the shadows, hoping to evade our investigation: You will not wait us out.

"You will not escape our focus.

"Anyone who seeks to live in the past and to return soccer to its old ways is on the wrong side of progress, and does a disservice to the integrity of this beautiful sport."

Today's developments bring the total number of individuals and entities, including various sports marketing companies, to 41, and FIFA said in a statement earlier today that they would "fully cooperate" with the ongoing investigation, while Lynch warned "as always, we anticipate more charges".

"The investigation continues and is focused on many individuals," she added.

The news marks another dark day for FIFA after officials were arrested ahead of the organisation's Congress in May, where President Sepp Blatter was elected for a fifth term in office before he opted to stand down from the role he has held since 1998 just days later as a result of the dawn raid on the same hotel, which had plunged world football's governing body into turmoil.

In total, 14 football officials and sports marketing executives were named in the original indictment by the DOJ on alleged bribery, money laundering and wire fraud charges involving more than $150 million (£98 million/€132 million) in payments.

Both Webb and former head of Brazilian football, Jose Maria Marin, two of seven FIFA officials detained earlier this year, did not contest their extradition to the US to face charges.

As well as the detaining of the officials, a criminal investigation was also launched into the controversial awarding of the 2018 and 2022 World Cups to Russia and Qatar respectively.

Blatter and UEFA President Michel Platini were then suspended for 90 days in October and the Ethics Committee recommended they face sanctions, which could include life bans.

The latest series of arrests came as a result of an operation requested by the United States DOJ and were conducted by the Swiss Federal Office of Justice (FOJ).

"On the instructions of the Federal Office of Justice, a further two Fifa officials were arrested in Zurich today," an FOJ statement said.

"They are being held in custody pending their extradition.

"According to the US arrest requests, they are suspected of accepting bribes of millions of dollars.

"The high-ranking FIFA officials are alleged to have taken the money in return for selling marketing rights in connection with football tournaments in Latin America, as well as World Cup qualifying matches."

The two arrests follow news that the corruption scandal, which has enveloped FIFA in crisis, is finally taking a financial toll on the organisation, with a forecast indicating a loss of around $100 million (£67 million/€94 million).

The full document published by the DOJ on all those indicted can be viewed here.