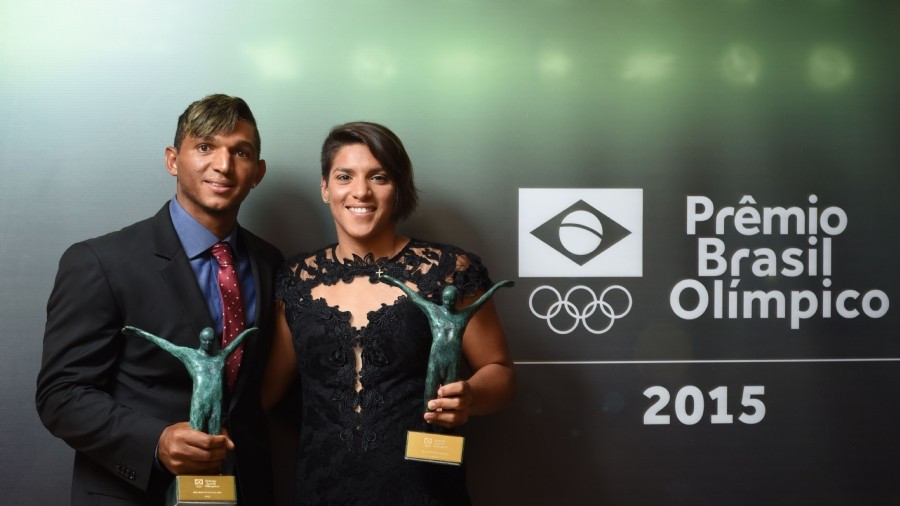 Another swimmer in Thiago Pereira, who secured a hat-trick of golds at the Pan American Games in Toronto, took home the Athlete of the Fans award after he received the most votes on social media.

He garnered 24 per cent of the public vote, held exclusively on social networking platform Facebook.

Cunha claimed gold in the 25 kilometres competition at the International Swimming Federation World Aquatics Championships in Kazan, Russia in July and August, her second world title in the event.

Queiroz meanwhile picked up his third world canoe sprint crown at this year’s competition in Milan after he won the C1-500m race at the 2013 and 2014 World Championships.

Brazilian athletes who earned medals at the Pan American Games were also honoured.

The award ceremony in Rio, the host city for the 2016 Olympics and Paralympics, was attended by a host of Brazilian sporting figures including Rio 2016 Organising Committee President Carlos Nuzman.

“I appreciate the effort and dedication of each of you who are here, athletes, coaches and officials,” Nuzman, also President of the COB, said.

“The thrill of competing at home when the heart will vibrate more than anywhere in the world - you will be joined by Brazilian fans.

“It is this crowd that delights us and accompanies being in love at all times, giving their warmth and strength.

“You will be fulfilling the dream of more than 200 million Brazilians, a delegation of less than 500 athletes, but representing each of most of these millions.”