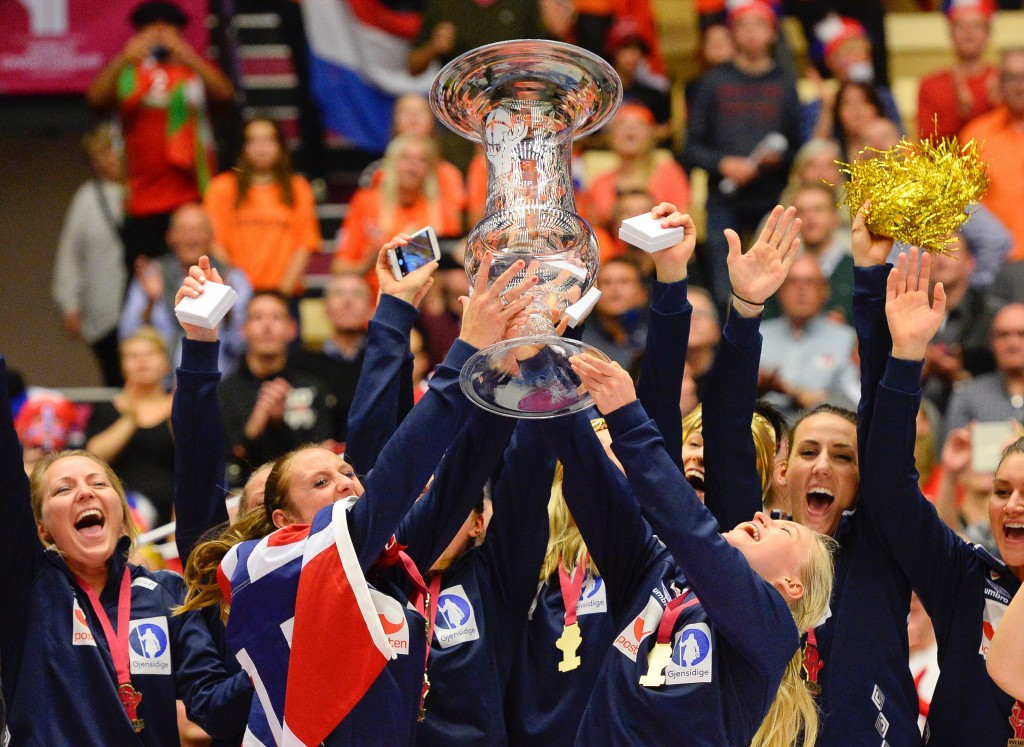 The Dutch team were appearing in their first final at the biennial event but Norway ensured it would be a debut to forget as they dominated from the start of the contest to put the match out of their opposition's reach.

Norway had raced into a 6-4 lead after the opening 10 minutes of the contest and the Scandinavian side began to pull away as they moved five goals clear at the mid-point of the half.

Heide Løke and Amanda Kurtovic scored with superb efforts as the Dutch had no answer to the Norwegians, who went into half-time with a commanding 20-9 advantage.

With their lead so comfortable, Norway’s coach Thorir Hergeirsson opted to give his younger players some experience of a major final, with the alternations slowing the scoring rate.

It enabled The Netherlands to close to within six goals inside the final 10 minutes of the tie but it proved to be a futile effort, as Løke added another fine strike as Norway stepped up their intensity.

Camilla Herrem ended as the top scorer for the Norwegians as the Beijing 2008 and London 2012 Olympic champions eased home.

She finished the first half with 14 saves at an incredible rate of 61 per cent.

“Thank you to the Netherlands for a fair-played match," said Hergeirsson.

"They have had fantastic development.

"We have been waiting for them in international handball to make it to the semi-finals, and they did it.

"In our team Kari was the leader in the first half.

"She took some great saves and it’s because of the first-half that we won the match.”

Romania ensured Poland would end fourth for the second successive World Championships after they sealed a straightforward victory in the third place play-off.

Cristina Neagu, voted as the International Handball Federation (IHF) women’s Player of the Year in 2010, led the Romanian team through the contest by scoring 10 goals during the tie.

Romania had held a 15-8 lead at the break and Poland looked unlikely to stage a dramatic comeback in the closing stages, eventually falling to a 31-22 loss.

“I’m very happy because all our plans were done by the girls, I’m so happy to work with these girls.”