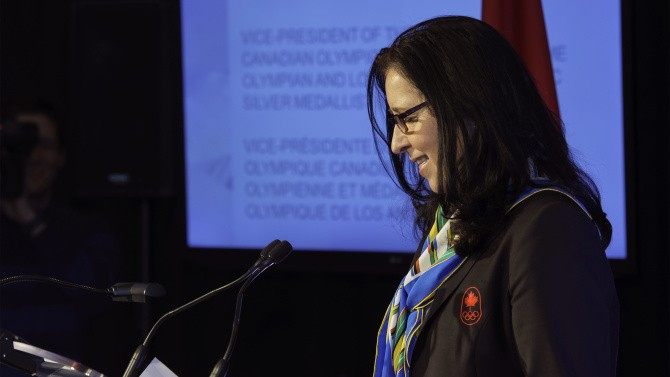 Olympic silver medallist Tricia Smith has been elected as President of the Canadian Olympic Committee (COC), it has been announced today.

Smith, who finished second in the coxless pairs rowing event alongside Elizabeth Craig at the 1984 Games in Los Angeles, was chosen ahead of Peter Lawless, a British Columbia based lawyer who has years of high performance sport experience as a cycling and athletics coach.

She had been serving as interim COC President following the resignation of Marcel Aubut, who stepped down last month following the opening of several investigations against him which are looking into alleged sexual harassment.

The decision was made by an 80-strong electorate at the COC headquarters in Montreal and Smith, also a vice-president of the International Rowing Federation, will serve the remainder of Aubut’s four-year-term in office.

Smith was elected as one of two COC vice-presidents in 2009 after earlier serving as the North American nation's Chef de Mission for the Rio 2007 Pan American Games.

A lawyer and businesswoman, she also won seven World Championship medals and a gold at the Edinburgh 1986 Commonwealth Games in a 12-year stint within the Canadian national rowing team.

She was selected for four Olympics, although did not ultimately compete at Moscow 1980 due to the Canadian boycott.

"Her decades of experience in both sport and the law are unmatched - she always puts the athletes and coaches first and believes strongly in the positive power of sport."

Her appointment follows the shock revelations against Aubut, which saw him temporarily stand down from his role as COC President before he formally resigned as a result of an investigation by a woman involved in the Canadian Olympic Foundation.

This was later withdrawn, but several more cases soon emerged within and beyond the sports world and the 67-year-old then opted to resign on a permanent basis.

Montreal lawyer Amelia Salehabadi-Fouques is among several women to have given interviews documenting alleged harrassment, including of a "forced kiss" during their first meeting as well as "sexually charged" comments, in addition to the cases being explored by the COC.

Aubut had led the COC through the Pan American Games in Toronto in July and had, at one stage, been tipped to lead a bid from the Canadian city for the 2024 Olympics and Paralympics before it was abandoned in September.

He has now ended any involvement in the Olympic Movement, resigning his position on the Association of National Olympic Committees Executive Council at the body’s General Assembly in Washington D.C. in October.

Aubut also opted to remove himself from his law firm BCF and is taking a "time out" from professional activities.