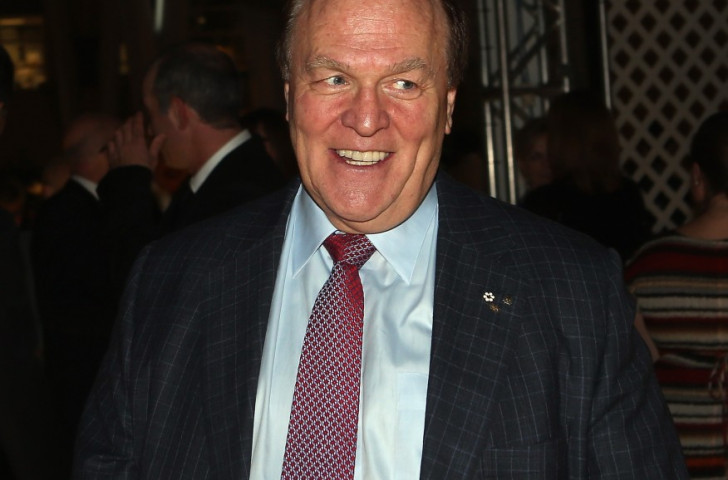 Marcel Aubut has resigned from his position on the Association of National Olympic Committees (ANOC) Executive Council following the opening of an investigation into alleged sexual harassment, it was confirmed today.

The 67-year-old had been elected as a representative of the Pan American Sports Organization on the ruling Council, but had been expected to vacate the post as a consequence of his resignation as President of the Canadian Olympic Committee (COC) earlier this month.

ANOC President Sheikh Ahmad Al-Fahad Al-Sabah revealed earlier this week that no resignation had yet been confirmed.

He confirmed at the General Assembly here today, however, that he had letter received from the COC on Wednesday (October 29) formally confirming Aubut's resignation.

As Aubut was a representative of PASO, it will be up to the Continental Association to appoint a replacement, rather than ANOC.

When they will appoint a successor is due to be an item discussed at tomorrow's PASO Workshop meeting here.

A replacement is not expected to be elected until after the approval of the body's new statutes at a meeting next year, however.

Aubut had led the COC through the Pan American Games in Toronto in July and had at one stage been tipped to lead a bid from the Canadian city for the 2024 Olympics and Paralympics before it was abandoned last month.

Soon after that decision it emerged that an investigation into alleged harassment had been opened against him by a woman involved in the Canadian Olympic Foundation.

This was later withdrawn, but several more cases have since emerged within and beyond the sports world.

After initially vowing to stand down temporarily from his COC post as the first investigation ran its course, Aubut then resigned on a permanent basis.

The situation represents a remarkable downturn in fortunes for the Quebecan barely two months after he invited International Olympic Committee President Thomas Bach to Montreal for a COC Excellence Day.

It has become a major scandal in his native Canada, with Aubut also stepping down from his law firm BCF law firm and taking a "time out" from professional activities.