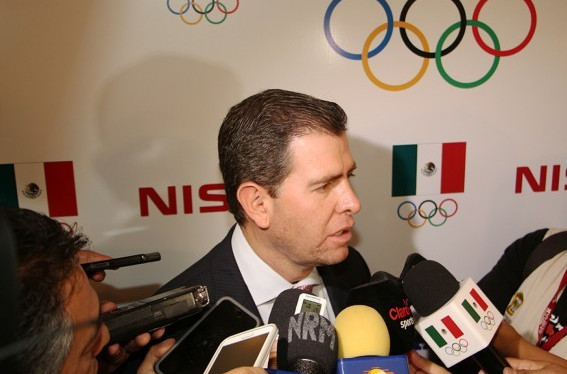 Alfredo Castillo, head of Mexico's National Commission of Physical Culture and Sports (CONADE), has dismissed the Olympic Charter as an "invention created to avoid monitoring public money" after the Government was accused of interfering in the activities of sporting bodies.

Ensuring the independence and autonomy of National Olympic Committees and other domestic sporting federations is a key priority outlined in the Charter.

It is also something increasingly prioritised by the International Olympic Committee (IOC) in recent years, with IOC Executive Board member Patrick Hickey appointed a special delegate for autonomy, and Kuwait having had their IOC recognition suspended last month for this reason.

In Mexico's case, the dispute intensified when Castillo's body was accused of interfering in the work of Federations by effectively bypassing them by allocating money directly to athletes.

He implied this was due to funds allegedly not going to the right places when channelled through the Federations, claiming the country has “rich Federation directors and poor athletes.”

CONADE is also accused of attempting to replace some of the Federation managers, and drawing up lists of athletes who should be considered for the Olympics.

Mexican Olympic Committee (COM) President Carlos Padilla responded by revealing he had discussed the situation in a meeting with IOC President Thomas Bach.

A ban from next year's Olympics in Rio de Janeiro is possible if the situation does not improve, Padilla warned.

“If interference is proved, a necessary and harsh sanction will come on Mexico,” he said.

“It can go from a warning, a public reprimand, to disqualification, like it did for Kuwait.”

This has been dismissed by Castillo, who criticised the sporting authorities for "resorting to blackmail".

"What is at stake is not the Olympics, but the future of the sport in this country, and the mercenaries can only refer to blackmail," he said in a post on the CONADE website.

"We will not give away money under pressure,

"The Olympic Charter is the best invention that has been created to avoid the control of public resources and the evaluation of results."

Castillo was appointed by Mexican President Enrique Peña Nieto, widely seen as a close ally, in April after previously serving as Commissioner of the Ministry of the Interior in the drug-trafficing riddled State of Michoacan.

He has since developed an increasingly adversarial relationship with sporting bodies.

The activities of 10 Federations have been questioned, including those representing archery, athletics, basketball, boxing and weightlifting.

He insisted the decreased money going to athletes is due to Government funding cuts.

"We are angry about the funding, but what is really outraging is the way he has tried to break the Olympic Charter’s selection criteria and other high principles,” he said.

“He thinks he can act as an emperor and his wishes are the rule.”

There have been signs of a cooling in tensions, however, with Castillo having held "clear the air" talks with COM vice-president Jimena Saldana, also secretary general of the Pan American Sports Organization.

He subsequently claimed the country does "not run the slightest risk of not participating in the Olympic Games".

Mexico first participated at the Olympic Games in 1900 and has sent athletes to compete in every Summer Olympics since Paris 1924, winning a total of 62 medals, including seven at London 2012, the highlight of which was victory over Brazil in the men's football final.

IOC deputy director general and director of NOC relations Pere Miró has told insidethegames today how they are "fully aware" of the situation, and are, for the moment, communicating with the COM as they try to get a better understanding of the history and context.

The issue is expected to form part of Miró's report to the IOC Executive Board at next month's meeting in Lausanne.