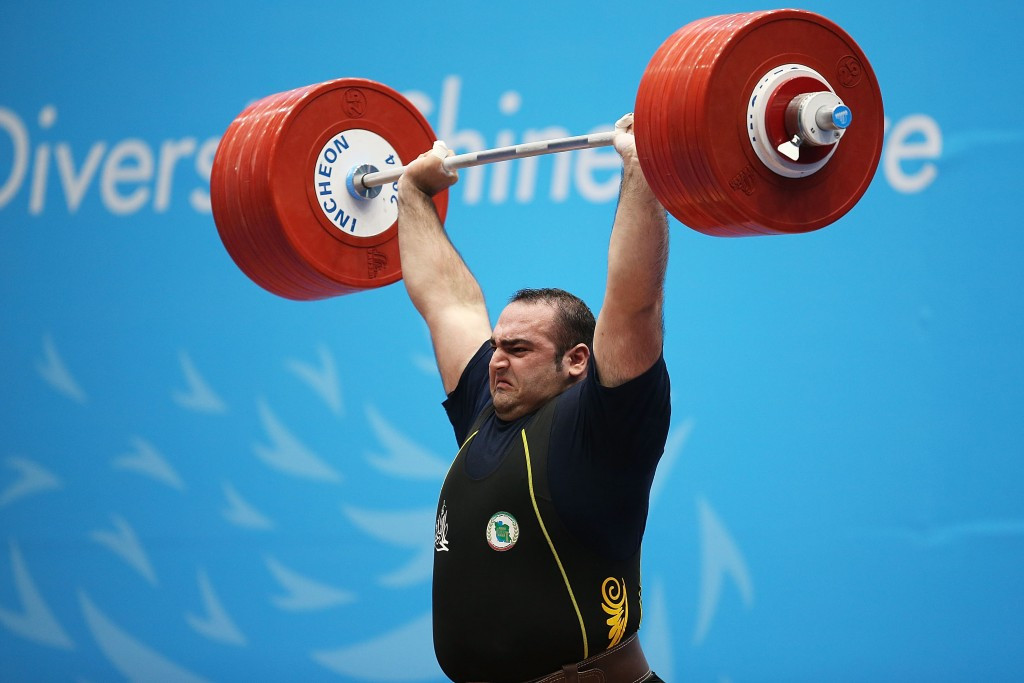 Iranian super heavyweight Behdad Salimi has been ruled out of the World Weightlifting Championships in Houston after suffering a serious knee injury during a pre-event training session.

The London 2012 Olympic gold medallist had to be helped off the field before a MRI scan revealed that he has torn his anterior cruciate ligament (ACL).

Despite missing out on the World Championships, which are scheduled to take start on Friday (November 20) to last until November 28, Salimi remains hopeful of being able to defend his Olympic crown at Rio 2016.

"My doctor said I should have surgery since I’ve torn my ACL," said the two-time world champion.

"I will return to the field after four months.

Salimi’s injury marks a second major blow for the Iranian Weightlifting Federation ahead of the World Championships after the absence of heavyweight Saeid Mohammadpour was confirmed last month.

The 2011 world bronze medallist dislocated his elbow while attempting to lift 190 kilograms at an event in Tehran’s Azadi Stadium.

Iran will have Kianoush Rostami among their ranks at the World Championships however, with the two-time and reigning 85kg world champion featuring on the final list of entries revealed in October.

The 2015 edition of the International Weightlifting Federation’s annual flagship competition looks likely to be the biggest in history, with 748 athletes from 105 countries set to participate.

The event, which will be staged at the George R. Brown Convention Center, represents the first time the competition has come to the United States in 40 years and forms part of the qualification process for Rio 2016.

The equipment used at the competition, supplied by World Championships partner Eleiko Sports, will carry the colours of the American flag.

All of the weights will incorporate an "Americana" theme with red, white and blue colouring as well as stars to represent the flag.