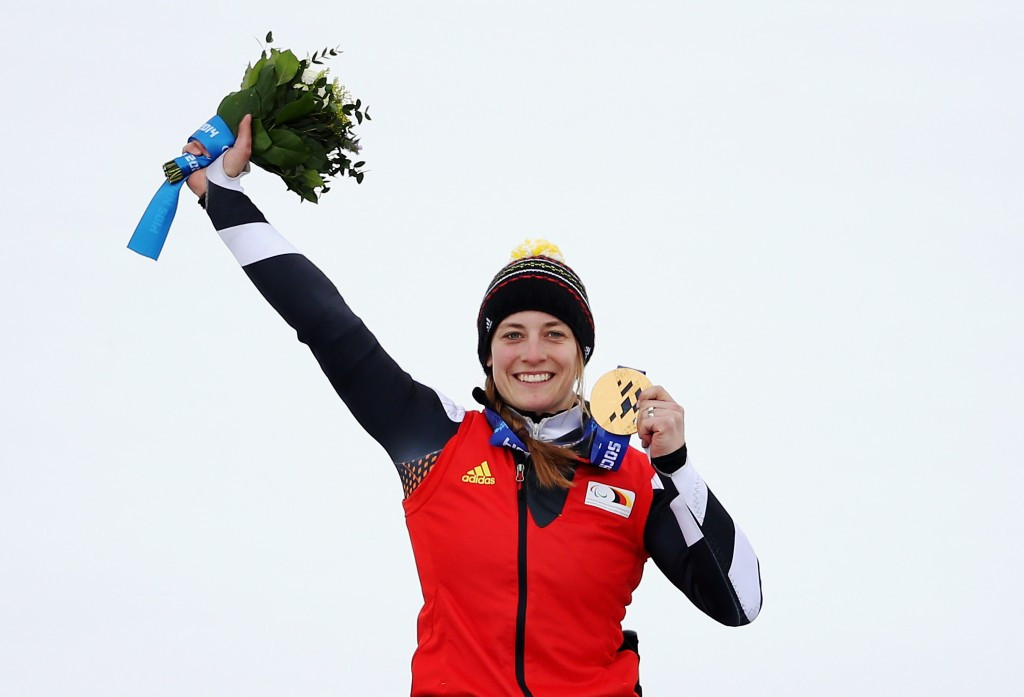 Germany’s Anna Schaffelhuber was announced as the winner of the best female title at the 2015 Paralympic Sport and Media Awards during a ceremony taking place in Mexico City to coincide with the International Paralympic Committee (IPC) General Assembly.

As the awards are handed out on a biennial basis, the ceremony recognised athlete’s achievements at last year's Winter Paralympic Games in Sochi.

Schaffelhuber scooped the Best Female prize ahead of France’s Marie Bochet and Russia’s Mikhalina Lysova, with the sit skier having proved one of the stars of the Games becoming only the second woman to win a gold medal in all five alpine skiing events.

“After the last Games in Vancouver 2010, when Verena Bentele won this award, I thought, ‘One time, it would be great to win the award by myself,’” 22-year-old Schaffelhuber, born with an incomplete spinal cord, said after accepting the award.

“It's a great honour and pleasure for me.

“But it's also a motivation for other people and of course for me for the future too.”

Russian skiers were also honoured for their achievements in front of their home crowd as Roman Petushkov claimed the Best Male award ahead of Australia’s Toby Kane and Canada’s Brain McKeever.

The 37-year-old stormed to the gold medal in four biathlon races in Sochi and two further successes in mixed relay cross country events saw the Russian become the first athlete in history to win six titles at a single Paralympic Winter Games.

Petushkov's compatriot Alexey Bugaev was awarded the Best Debut title having won super combined and slalom golds at the age of 16, in addition to downhill and giant slalom silver medals and bronze medals in the super-G event.

IPC Nordic Skiing’s Hans Peter Neeser received the Best Official award for his work as the race director for cross country skiing and biathlon during Sochi 2014.

The Netherlands’ Bibian Mentel-Spee was awarded the BP Courage Award as recognition for her successful campaign to have snowboarding included on the Sochi 2014 Paralympic programme, where the 43-year-old claimed gold in the snowboard cross discipline.

IPC President Sir Philip Craven also presented the Paralympic Order, the highest tribute a person connected to the Paralympic Movement can achieve, to three individuals deemed to have illustrated Paralympic ideals either in the sporting world or via outstanding services to the cause of the Movement.

Sylvana Mestre received the honour for her work as the former chairperson of the IPC Alpine Skiing Sport Technical Committee (STC).

Georgios Fountoulakis, President of the Hellenic Paralympic Committee, was rewarded for his efforts in developing Federations for athletes with impairments.

Dr Axel Bolsinger, ophthalmologist adviser and classifier for the German National Paralympic Committee, was the final recipient of the Order having significantly improved the standard, quality and transparency in visual classification and having been a strong advocate for fair-play in Paralympic sports.