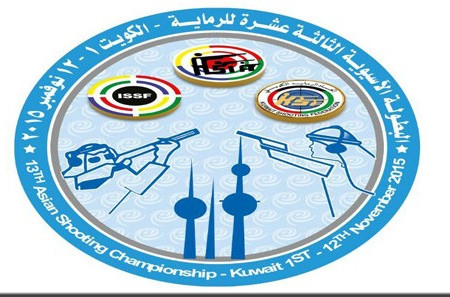 Next month's Asian Shooting Championships in Kuwait has been stripped of its Olympic qualification status as pressure grows on the Gulf nation following the suspension by the International Olympic Committee (IOC) earlier this week.

Kuwait was suspended on Tuesday (October 27) following the passing of an IOC-imposed deadline for changes to be made to a Government law which supposedly interferes with the independence of sporting institutions.

The ban has been described as "totally unacceptable" by Kuwaiti officials yesterday.

Today's decision to sanction the continental shooting championships, scheduled for November 1 to 12 and due to provide qualifying opportunities for Rio 2016, marks another setback for the country.

Today's announcement by the IOC's ruling Executive Board been imposed partly because the designated International Shooting Sport Federation (ISSF) technical delegate, Yair Davidovich of Israel, was denied a visa by the Kuwaiti Immigration Department, a direct violation of the non-discrimination principle of the Olympic Charter which must apply for all Olympic Qualification competitions.

Enforcing this rule was cited as a priority during this month's Olympic Summit of key stakeholders in Lausanne.

It is also surely not a coincidence, however, that Kuwaiti Minister of State for Youth Affairs Sheikh Salman Sabah Al-Salem Al-Homud Al-Sabah, the official responsible for the Kuwaiti law, is also President of the Asian Shooting Confederation (ASC).

Last year, he stood unsuccessfully to replace Mexico's IOC member Olegario Vazquez Raña as head of the ISSF, with insidethegames exclusively reporting how he had been supposedly using his Government position to collect votes, with his representatives allegedly contacting Sports Ministers around the world on his behalf urging them to support his campaign.

Kuwait has also been suspended by football governing body FIFA this month for the same law.

The country's IOC and FIFA Executive Committee member Sheikh Ahmad Al-Fahad Al-Sabah, President of the Association of National Olympic Committees, is not directly affected by the ban because he has no official role within the KOC.