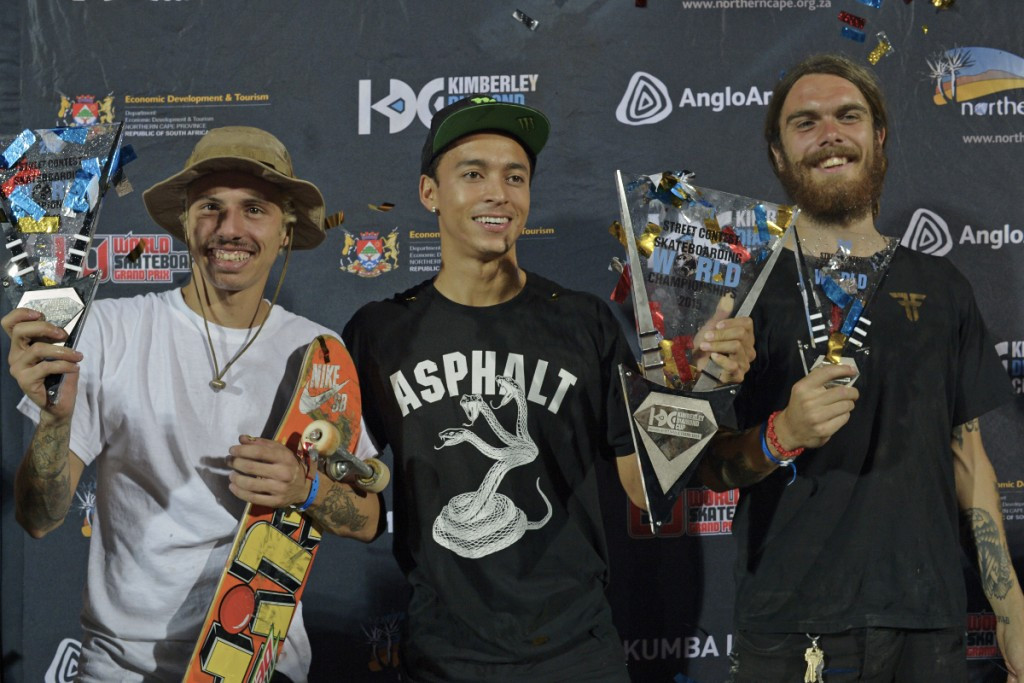 Following an intense qualification round, the two competitors were pitted against each other in the final heat for gold and it was the American who emerged victorious by a slender 97.08 to 95.07 margin in front of a packed crowd at Kumba Skate Plaza.

Oliveira looked as though he would go on to take the title after producing excellent displays in the semi-finals and finals but he incurred more falls, which saw Huston crowned world champion.

Canada’s JS Lapierre rounded off the podium as he did enough to earn bronze.

“I was bummed when I did not make the semi-finals last year, but this was one of the toughest heats I have ever skated,” Huston said.

“Luan is a great competitor and it was exhausting.

"I’ll definitely be back next year as I love it here.

“It was a great contest and I am so pumped.”

"Congratulations to Nyjah - that was really hard,” an exhausted Oliveira said.

“I thought I was going to pass out - I literally could not breathe.”

The eagerly-anticipated men’s street contest rounded off the event in style, the first competition to be held since skateboarding was recommended for inclusion at the 2020 Olympic Games in Tokyo.

The Olympics had been a hot topic at Kimberley Park and World Skateboarding Federation President Tim McFerran hailed the event as a “huge success”.

“We were excited to see eight countries represented in the top 12 this year, proving how many talented skaters there are all over the world,” he said.

“With skateboarding being proposed for the 2020 Olympic Games, it’s more important than ever to support these international skaters, who don’t have the strong support we see in the United States.

“We look forward to returning next year and seeing some new faces and countries as we continue to grow skateboarding and support skateboarders around the world.”