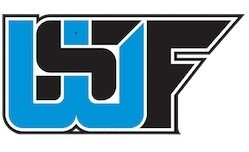 The World Skateboarding Federation (WSF) have revealed their ranking system for street skateboarders as the governing body prepares for the 2015 World Championships at the Kimberley Diamond Cup in South Africa.

Introducing a ranking system was one of the key elements of the federation’s “Skate 20/20 Agenda” which aims to help the sport prepare for potential inclusion at the Tokyo 2020 Olympics.

It has been included as part of the International Roller Sports Federation (FIRS) proposal for inclusion at the Games.

Following the agenda having been presented at the first ever Global Skateboarding Summit in Istanbul during May and after being approved by the general assembly, the ranking system has now been created and rolled out.

Brazil’s Luan Oliviera is the first skater to enjoy top spot ahead of his compatriot Felipe Gustavo, while Americans Ishod Weir and Nyjah Huston are joined by Australia’s Shane O’Neill in the top five.

The ranking system is based upon skater’s individual performances at the top events in the world, including the Skateboarding World Championships and X Games, and uses weighted values for contests with national broadcast, international broadcast or those which offer prize money of more than $100,000 (£65,000/€89,000) for men’s street.

In addition to the ranking system, the governing body have revealed they will host a coaching clinic and judging conference during the World Championships, which are due to be held from October 7 to 10.

The conference will aim to teach best practices and will feature several keynote speakers, including Ryan Clements and Rob Meronek from stakeboarding events and retail company The Boardr, with the latter set to introduce an app which has helped change how skateboarding contests are scored.

“When I first met Rob and Ryan back in 2008, judging was done on a hand written piece of paper and skaters waited as long as 15 minutes between rounds for results,” said Tim McFerran, WSF President.

“We talked back then about the need for an instant scoring system and being the whiz that he is, Rob went out and developed it.

“It’s now being used in some of the biggest contests around the world and is, in my opinion, the best instant scoring system in the industry.

“One of World Skateboarding Federation’s key goals is to develop a unified scoring system and to then teach other federations and organisations around the world how to use it.”

Skateboarding's hopes of Olympic inclusion currently rest with the FIRS proving successful in their bid to be included as an additional sport at Tokyo 2020, however they face competition from baseball and softball, karate, squash, bowling, sport climbing and wushu, with the decision of the Additional Events Programme Panel expected to be made at some point this month.

However, WSF President McFerran revealed exclusively to insidethegames last month that the governing body have held talks with Los Angeles regarding appearing on the sport programme should their bid to stage the 2024 Olympic prove successful.