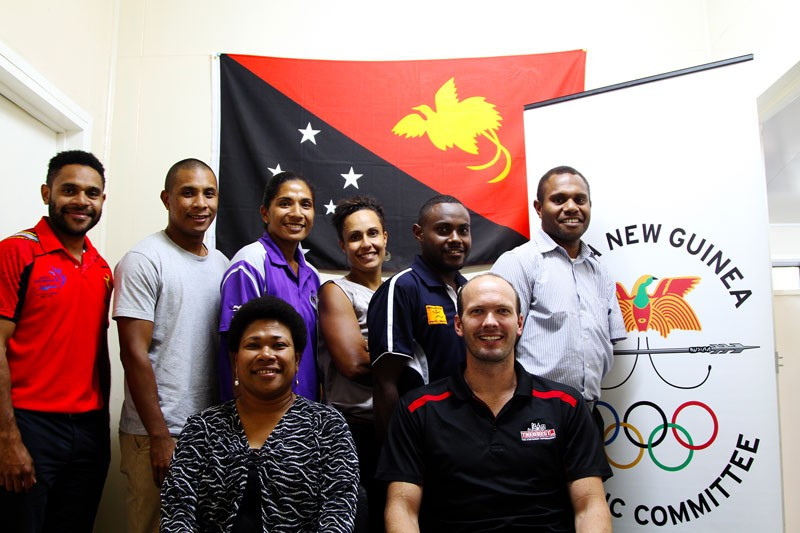 Karo Lelai has been elected Chairperson of the Papua New Guinea Olympic Committee (PNGOC) Athletes' Commission, it has been announced.

Lelai will serve in the role for a four-year term, running from now until 2019, and was chosen at the first meeting of the Commission.

Papua New Guinea’s swimming star Ryan Pini, who won gold at the 2006 Commonwealth Games in Melbourne and took home a haul of six titles at the recent Pacific Games on home soil in Port Moresby, has been appointed as her deputy.

As a result of their respective elections, both Pini, the Papua New Guinea Flagbearer for the Beijing 2008 Olympic Games, and Lelai will sit on the PNGOC Executive Board and will have full voting rights.

“I am grateful for this opportunity and I look forward to working with my fellow Commission members and the PNGOC to ensure that our athletes’ issues are heard and addressed,” Lelai said.

The new Athletes Commission aims to hold an Athletes Forum by the end of the year as one of their main priorities and will attempt to continue to help the development of Papua New Guinea’s national teams.

They are also hoping to develop their practices in anti-doping, sports facilities and training and preparation for future multi-sport events.

Other members were appointed during the Pacific Games, which took place in July and saw the the hosts top the medal table ahead of New Caledonia, where representatives were voted for by fellow Papua New Guinea athletes.

The PNGOC Athletes Commission has members from across several different sports including cricket, football, athletics, squash, netball, basketball and va’a.

One of the new representatives is Linda Pulsan, who set a masters world record during the 72 kilograms weightlifting competition at the recent Pacific Games and carried the flag for her nation during the Opening Ceremony of the event.