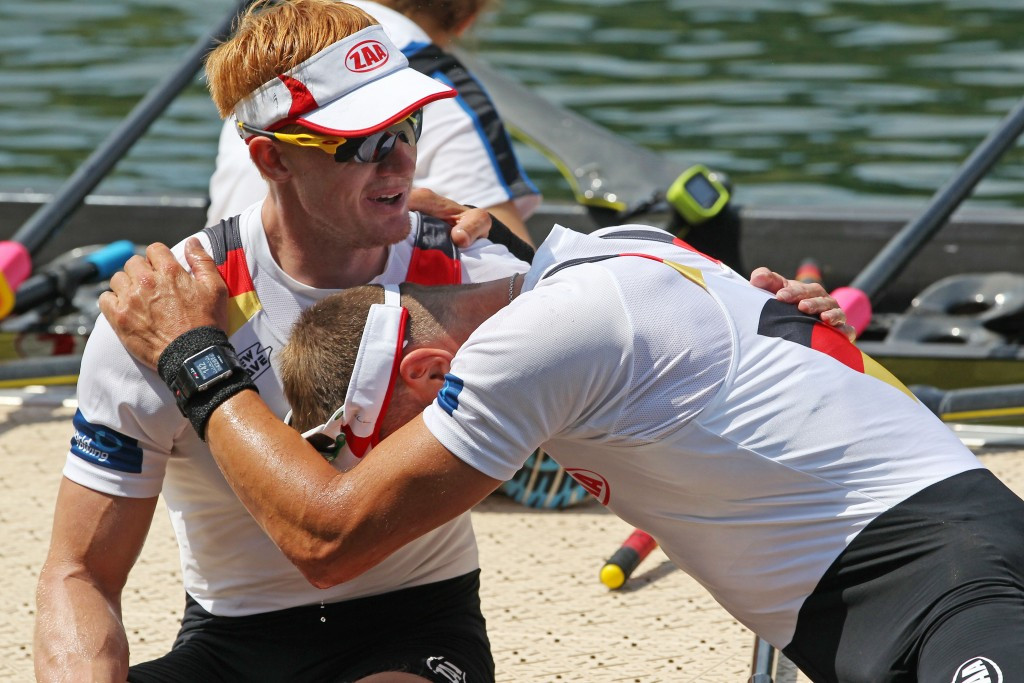 The second day of the World Rowing Championships in Aiguebelette, France, has seen more intense racing in heats across several disciplines.

Germany led the day with six race wins, including the winners of Rowing World Cup I, Marcel Hacker and Stephan Krueger, who progressed to the quarter-finals of the men's double sculls with a comfortable victory.

In the women's double sculls, defending champion Zoe Stevenson from New Zealand, racing now with Eve MacFarlane instead of Fiona Burke, progressed automatically to the semi-finals where they were joined by Greece, Lithuania and Poland.

Britain's Katherine Grainger, a gold medallist at London 2012, was beaten into third by the Lithuanian crew of of Donarta Vistartaite and Milda Valciukaite and Australia's Olympia Aldersey and Sally Kehoe with partner Victoria Thornley.

In the lightweight men's pairs, heat one was claimed by the winners of Rowing World Cup III, Petru Zaharia and Armando Dell'Aquila of Italy, and following them to the semi-finals were rivals from Spain, the US, France, China, Russia, Britain, Germany and Australia.

Britain got the better of world champions The Netherlands in the lightweight women's quadruple sculls, but both countries have gone straight into the final, alongside Australia and Germany.

World champions Denmark have made the semi-finals of the lightweight men's four, along with France, New Zealand and Switzerland, while Canada, New Zealand, the US and The Netherlands have claimed final berths in the women's eight.

Two final spots were up for grabs in the men's eight - with Germany and Britain clinching them - and the same two countries took the final places on offer in the non-Olympic class men's coxed pair.

Crews who just missed out on progression will have a second chance to do so in repechage races.

The Championships are due to take until next Sunday (September 6).