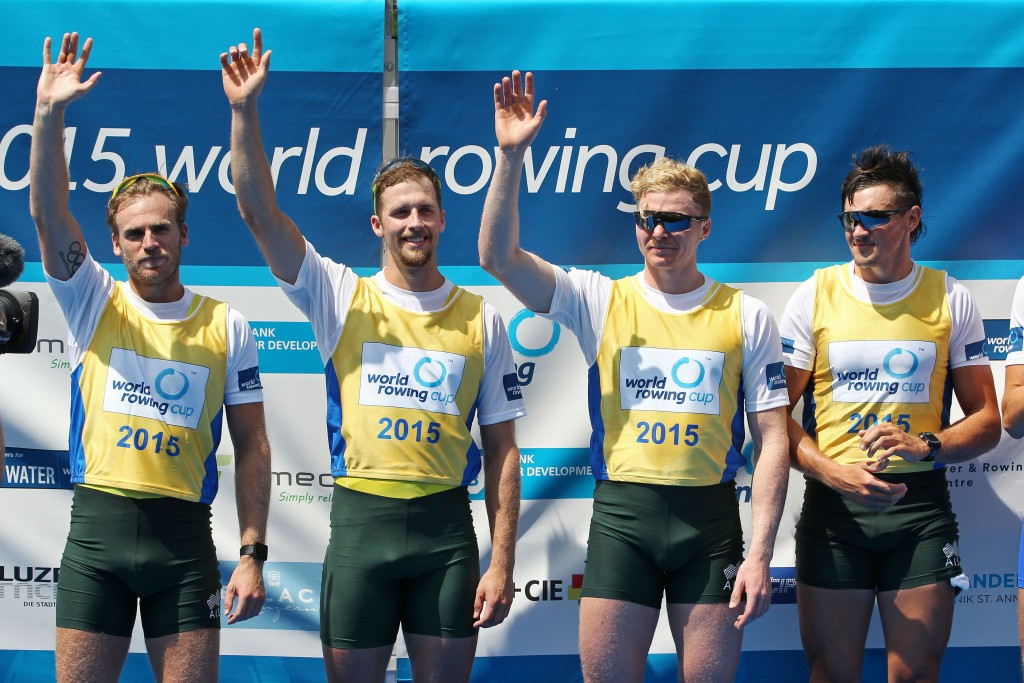 Australia’s hopes of winning a gold medal at the forthcoming World Rowing Championships have been dealt a savage blow following a bike crash in Italy in which three members of their top boat - the men’s coxless four - suffered injuries, with Alex Lloyd, the number two seat, breaking his collarbone.

The four of Lloyd, Spencer Turrin, Will Lockwood and Alex Hill – bronze medallists at the last World Championships, and winners of the most recent World Cup event in Lucerne on July 12 -  were on a training ride near their base in the northern Italian town of Varese on Tuesday when the accident occurred.

Australian Associated Press reported that the crash happened just two kilometres from home following a two-hour session when Lloyd's cleat slipped out of his pedal and his fall also caused Turrin and Hill to hit the road behind him at about 40 kilometres per hour.

The injury is a severe blow for Lloyd, who has been ruled out of the World Championships due to start on Lake Aiguebelette in France in less than five weeks on August 30, when Australia will also be attempting to qualify boats for next years Olympics in Rio de Janeiro.

Turrin suffered bad grazing and a damaged wrist and underwent preliminary scans, while Hill also lost an amount of skin, although it is hoped both will be fit to race at the World Championships.

Lloyd, who also had some bad facial grazing and swelling, will return to Australia once medical staff decide he is fit enough to travel.

Lockwood was cycling at the front of the group and so avoided the pile-up.

National selectors are due to make a decision on who will replace Lloyd in the four, with reserves Josh Hicks and Christopher Cunningham-Reid to be considered as well as a shuffle in seats amongst the men's eight.