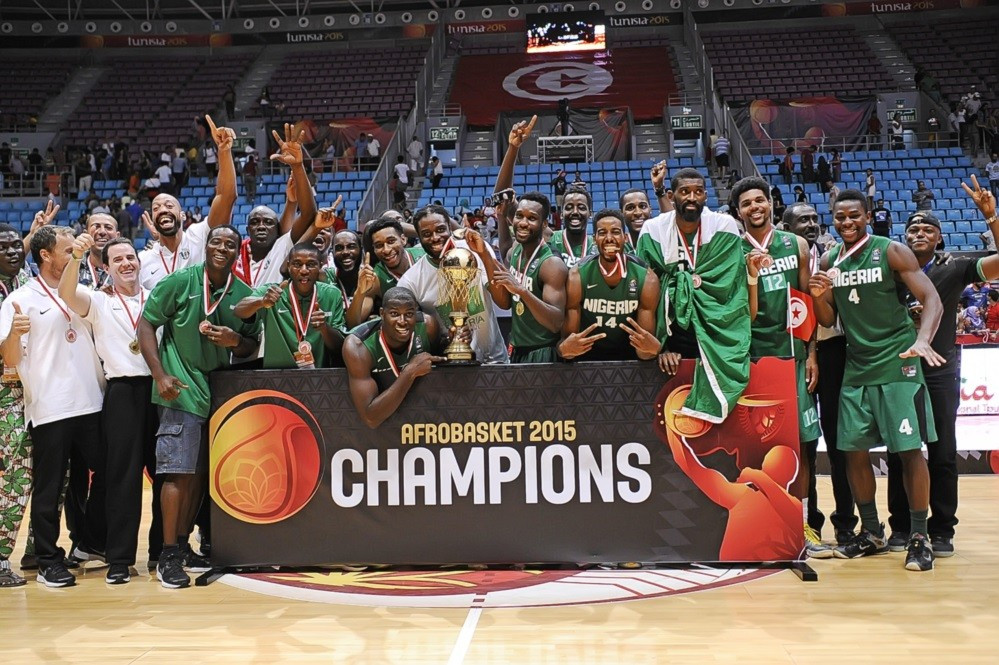 Nigeria were crowned as continental champions for the first time after beating Angola 74-65 to win this year's AfroBasket.

The new kings of Africa have also booked their place at next year's Olympics in Rio de Janeiro thanks to their triumph in Rades in Tunisia.

Angola, who were looking for a 12th African title, will have to settle for next year's qualifying tournament along with third-placed Tunisia and fourth-placed Senegal.

Poor shooting was to be the downfall of the beaten finalists as Nigeria led by as much as 19 points at one stage.

Chamberlain Oguchi led the way for Nigeria with 19 points while Olaseni Lawal chipped in with 12.

Carlos Morais top-scored for Angola with 15 points and Yanick Moreira added 13, but their efforts were in vain.

Oguchi's impressive final showing saw him named as the tournament's most valuable player, while he also took his place in the AfroBasket All-Star Five line-up, where he was joined by team mate Al-Farouq Aminu, Morais, Tunisia's Makram Ben Romdhane and Gorgui Dieng of Senegal.

"I'm happy to be able to share this moment with them and for me personally, it’s just really great."

In other classification games, Egypt edged out Algeria 69-63 to claim fifth place, while Mali finished seventh after a 94-82 triumph over Gabon.

Morocco finished with a 86-74 win over Central African Republic for 13th position while Uganda were ranked 15th after a 72-64 win over a Zimbabwe side who were condemned to the wooden spoon.