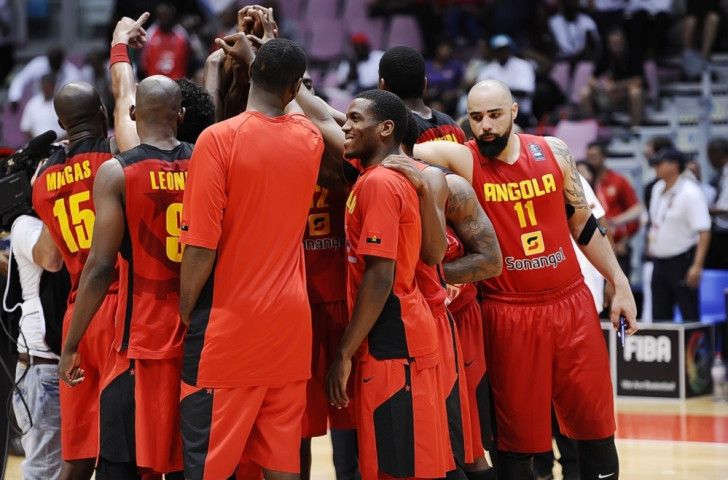 Defending champions Angola cruised into the semi-finals of the Afrobasket Championships with a comfortable 83-63 victory over Egypt at Salle Omnisport de Rades in Tunisia.

The 11-times winners produced another solid display in what was a repeat of the 2014 final, with Carlos Morais leading the scoring charts with a haul of 19 points, which included four three-pointers.

Angola controlled proceedings throughout, scoring freely while frustrating the Egyptians at the other end, although the North African side did at one stage cut the deficit to seven.

But the Angolans’ progression never looked in doubt as they reached their 17th consecutive Afrobasket semi-final.

They will go on to face Tunisia after the host nation recorded a narrow 67-60 success against Mali, in which Mourad El Mabrouk delighted the home crowd by netting 16 points.

Tunisia began in rampant fashion as they looked to finish the game as a contest early on by establishing a commanding 19-point lead over Mali, whose appearance at the quarter-final stage was their first in six years, during the second quarter.

However, the Malian outfit fought back and reduced their arrears to nine at half-time, but testament to the flow of the match, Tunisia went further ahead after the break.

The hosts went in to the final quarter with a lead of 11 and managed to hold off a Mali fightback to book their semi-final berth.

Elsewhere, Senegal, bronze medallists at the 2013 Afrobasket Championships in Abidjan, Ivory Coast, maintained their pursuit of a sixth title as they clinched a last four place with a 75-58 win over Algeria.

Senegalese powerhouse Gorgui Dieng led the way for his nation with an impressive total of 20 points and 17 rebounds, which proved far too hot for the Algerians to handle.

It was a contest completely dominated by Senegal, who kept ahead of their opponents through large parts of the match to keep their dream of a first continental title since 1997 alive.

In the other semi-final to take place today, Gabon were unable to repeat their giant-killing heroics as their surprise run in the tournament came to an end at the hands of Nigeria.

Gabon caused arguably the biggest shock of the event so far by beating Cape Verde in the last 16 yesterday but were no match for the dominant Nigerians, who emerged with a comprehensive 88-64 success.

Al-Farouq Aminu, Michael Umeh and Michael Gbinije were the stars of the Nigerian show, amassing 43 points between them to help guide their nation to the semi-finals, where they will entertain Senegal.

The team who claims the Afrobasket title will secure an automatic Rio 2016 Olympic Games qualification berth, with the second, third and fourth place nations all going into the Olympic Qualifying Tournament.