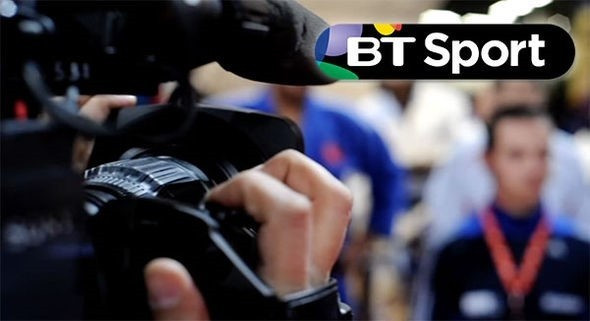 BT Sport have become the British broadcast partner for the Judo World Championships, the International Judo Federation (IJF) have revealed with just two days to go until competition gets underway here.

It is the latest new broadcasting deal that the IJF have struck for their flagship event with KBS Sport in South Korea, CCTV5 in China, DD Sport in India, IRIB in Iran, Turkish channel TRT and Russia’s NTV Plus and BOETS TV all having becoming partners, with many having agreed deals to also show the World Judo Tour.

IJF President Marius Vizer believes the agreement with BT Sport will help to allow judo to gain more popularity in Britain and help to encourage young people to take up sport in the country.

“We are delighted that BT Sport has become our British broadcast partner for the World Championships of Judo," he said.

"BT Sport has shown a remarkable liveliness and vigour in its promotion of sports since it came on the scene, and in many ways this matches Judo's own ambitions to be fully recognised as a premier brand around the world.

"This has been achieved in many countries including Britain's neighbour, France.

"But - despite judo's proud history in the Olympic Games and its popularity with many generations of young people - judo has received too little television coverage in recent years in Britain.

"We are sure this is the start of a major swing towards judo being recognised in British households as a gripping and very exciting television sport for young and not-so-young alike."

In addition to having sealed more partnerships the IJF also have existing deals major broadcasters such as BeIn Sport and Al-Jazeera Sport to help promote the sport through displaying the high level and exciting competition present at the World Championships and other elite judo events.

Competition is Astana is due to take place from August 24 to 30 and British viewers will be able to see view highlights programmes during September.

"From our point of view, the timing could not be better," added Vizer.

“BT Sport is launching its exclusive live coverage of the UEFA Champions League in mid-September, and the first four half-hour judo highlights programmes will launch the very next week at peak viewing times, perfect."

Fans will also be able to watch the World Championships online through www.ippon.tv and www.youtube.com/judo, while live streaming options will be available in Germany through sportdeutschland.tv and in South East Asia via fightsports.tv.