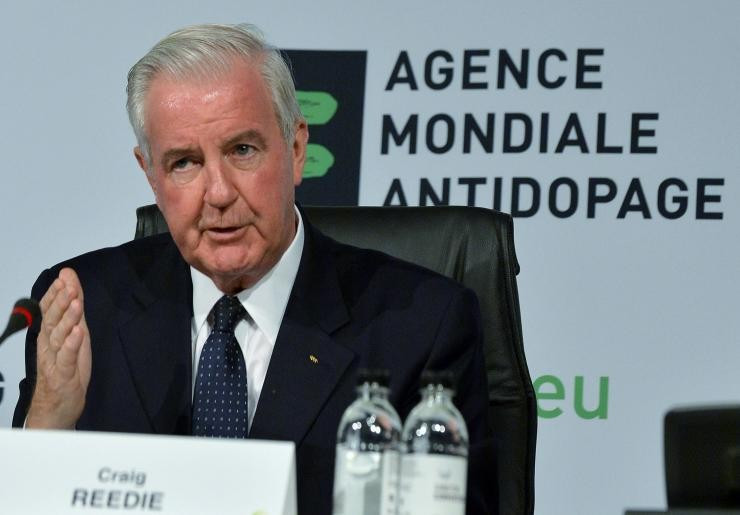 Claims that the World Anti-Doping Agency (WADA) promised Russia they would go "soft" on them in an investigation into allegations of systematic drug taking in the country have been dismissed as "misleading" by Sir Craig Reedie, President of the organisation.

A report in a British newspaper claimed that Sir Craig, who took over as head of WADA last year, had assured Russia's Sports Minister Vitaly Mutko that there is "no intention’ WADA will take any action against Russia to disrupt the pair’s friendship".

Russia is also at the centre of fresh allegations made by ARD in a new programme broadcast earlier this month following an investigation carried out in association with British newspaper the Sunday Times.

Russia currently has more than 50 of its athletes serving drugs bans, more than any other country.

The situation is set to be one of the items on the agenda when the ruling Executive Board of the International Olympic Committee (IOC) and Council International Association of Athletics Federations hold a joint meeting here on Friday (August 21) on the eve of the World Championships.

Sir Craig, however, claims he has not given any guarantees to Mutko, the head of the Organising Committee for the 2018 FIFA World Cup, about what action his countrymay face at the conclusion of the Independent Commission.

"The article published in the Mail on Sunday paints an inaccurate picture, and its contents are misleading," Sir Craig, who as vice-president of the IOC is Britain's most senior sports administrator, told insidethegames.

“In light of the Independent Commission’s investigation into allegations surrounding Russia, WADA as an organisation was asked by Minister Mutko whether it had a political agenda against Russia.

"As WADA President, I informed the Minister that it did not.

"I gave no such undertakings as indicated in the Mail on Sunday article.

"Rather, I reminded the Minister that the Independent Commission was the only body responsible for investigating these allegations.

"I also encouraged the Minister to cooperate fully with the Commission and the important work that it was undertaking.

“The Commission has been, and is continuing to, carry out its work entirely independently of WADA, and without any interference whatsoever.

"As the Commission continues its essential work into these serious allegations, it would be inappropriate to comment further.”