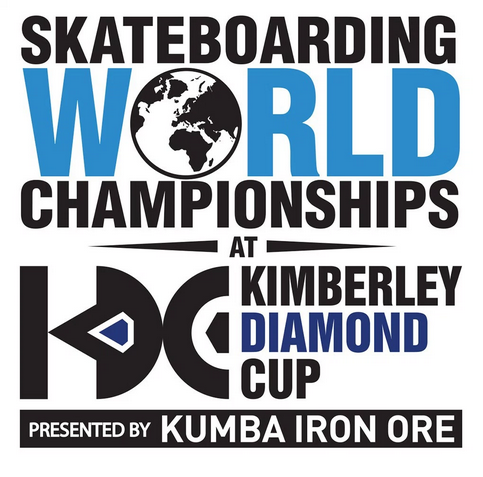 Qualifiers for this year’s Skateboarding World Championships who cannot afford to travel to Kimberley in South Africa due to lack of sponsor or Government funding will be provided financial assistance by World Skateboarding Federation (WSF), it has been announced.

The WSF is accepting grant applications until August 31 with the World Championships set to take place at the Kimberley Diamond Cup, presented by Kumba Iron Ore, from October 7 to 10.

"It became evident to us last year that there is a lack of organisation, funding and resources in many countries in getting their top skateboarders to international events," said Tim McFerran, President of the WSF.

"If you’re a top skater in your country then you deserve to be in the World Championships and with the support of the World Skateboarding Federation we will ensure you are able to get to South Africa to represent your country."

Skaters can earn spots at the Skateboarding World Championships by finishing in the top 10 of notable international events such as the Mystic Cup in Prague, Copenhagen Pro, the Turkish Skateboarding Championships, Bryggeriet Malmo and others around the world.

Additionally, the first day of the competition will feature an open qualifier giving skaters from around the world the opportunity to force their way into the Skateboarding World Championships and represent their country as they compete for the largest cash prize in skateboarding at over $500,000 (£321,000/€455,000).

Countries and their top skateboarders are invited to email their request for a travel grant to [email protected] before the August 31 deadline.

In June, roller skating was confirmed as one of eight sports put forward to the second stage of the application process for Tokyo 2020 Olympic inclusion.

It is understood that skateboarding as well as speed skating have been proposed as potential roller skating disciplines, although neither the International Roller Skating Federation (FIRS) nor Tokyo 2020 have revealed any details.

The FIRS is due to brief Tokyo 2020 organisers in the Olympic and Paralympic Games host city on Friday (August 7) and Saturday (August 8), along with the International Federations of baseball and softball, bowling, karate, sport climbing, squash, surfing and wushu.

An unspecified number will then be proposed to the International Olympic Committee next month, before a final decision is due to made by its membership at its Session in Rio de Janeiro in August of next year.