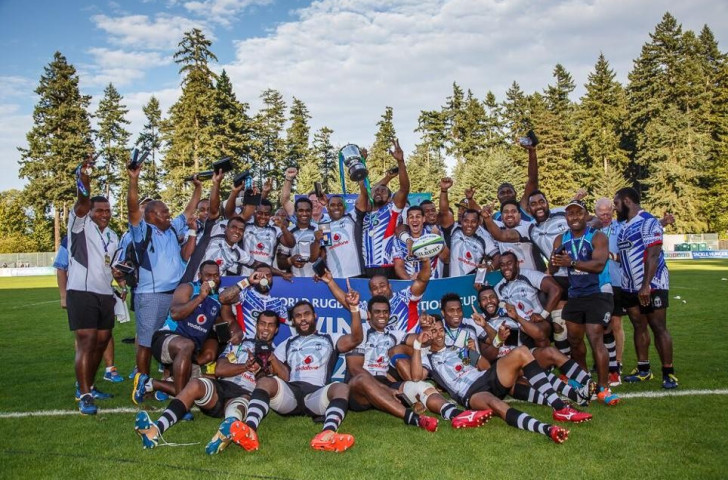 Fiji secured their second Pacific Nations Cup crown with a hard-fought 39-29 victory over Samoa in a pulsating final at the Swangard Stadium in Burnaby, Canada, to bring the event to a dramatic close.

In what was a topsy-turvy ending to the tournament, the Fijians opened up a 17-3 lead before Samoa fought their way back into the contest valiantly, edging ahead for the first time thanks to Fa'atoina Autagavaia.

They were unable to see off a resilient Fijian outfit, however, who produced a stunning performance inside the last half hour, running in three quick tries to deny Samoa a third Pacific Nations Cup title.

Leone Nakawara was Fiji’s star performer, touching down two of his side’s five tries, with the others coming from scrum-half Niko Matawalu, Kini Murimurivalu and Akapusi Qera.

The result gives Fiji ideal preparation for the Rugby World Cup in England, when they are due to take on hosts England in the opening match of the tournament at Twickenham Stadium on September 18.

"The Pacific Nations Cup is a major part of our build up towards the Rugby World Cup and to win the tournament is a major plus for us," flanker Qera said.

"We will now go back home and enjoy a few days off with family, then it will be back in camp to focus on the England game.

"We know that it is not going to be easy against England.

"We are in a pool that has been labelled as a pool of death, and we will survive that pool."

The final got off to a blistering start with Fiji appearing eager to exhibit their attacking prowess as Nakawara scored the opening try after just two minutes.

Josh Matavesi comfortably converted Nakwara's effort before Samoan counterpart Michael Stanley got his team on the scoresheet with a penalty shortly after.

Fiji managed to extend their lead as Matawalu bagged the second try of the match to open up a 14-point gap and continue their emphatic start.

The Samoans were able to keep within touching distance, though,  as consecutive penalties from Matevesi whittled down the Fijian advantage and Jack Lam’s try reduced the arrears to just one.

Autagavaia then briefly tipped the match in Samoa’s favour with a well-executed try but Fiji fought back with a dominant passage of play which saw Nakawara, Murimurivalu and Qera all touch down to hand their side a dramatic win.

In the opening match of the day, Tonga edged Japan to third in another intense contest, eventually sealing victory by a 31-20 scoreline.

"It is a good building block towards the World Cup and everyone is really excited."

In the other match to take place on the final day, the United States got the better of North American rivals Canada with a narrow 15-13 success to clinch fifth place.