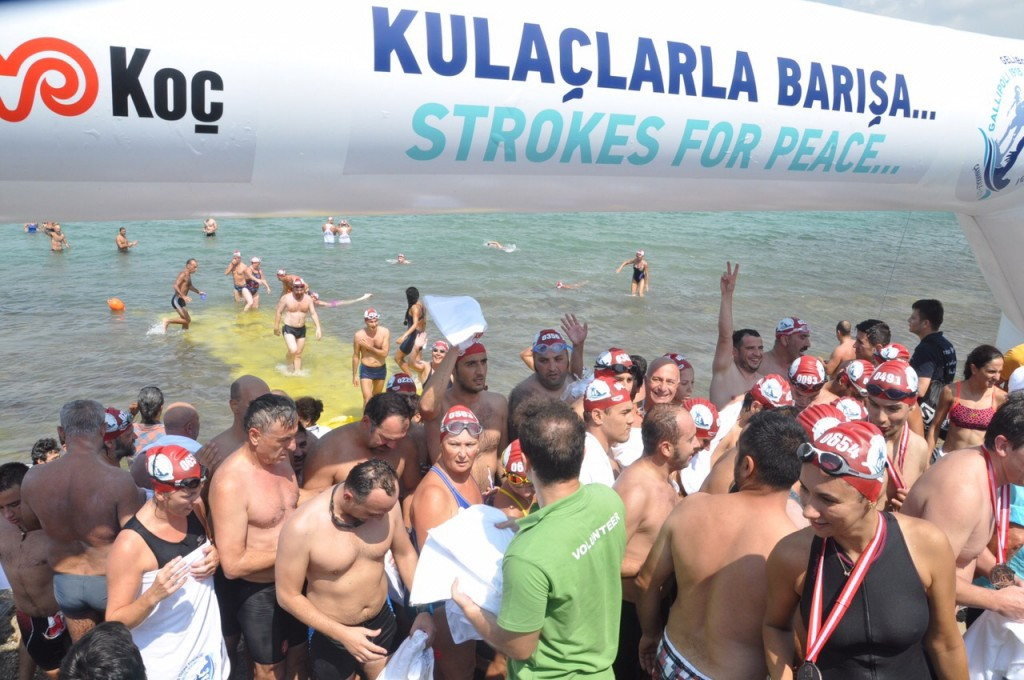 The Turkish Olympic Committee (TOC) has hosted an international swimming event to commemorate the 100th anniversary of the famous Battle of Gallipoli.

The event, which was coordinated by the TOC in collaboration with the Governorship and Municipality of Çanakkale, saw approximately 750 swimmers from 18 countries take part at the Gallipoli Anzac Cove.

During the event participants were asked to lay 100 peace wreaths on the Aegean Sea to honour those killed in the 1915 military operations, before embarking on a 1,915 metres swim from a ship at sea to the shores of Anzac Cove.

Due to the commemorative nature of the event, swimmers were not competing against one another.

Instead, participants swam side by side under the umbrella of "Peace and Friendship" and were awarded a special "Memorial’s Medal" on completion of the route.

"It was an incredibly moving experience to swim alongside fellow athletes from around the world in a demonstration of unity and respect," said Fydler.

"The power of sport to bring people together in this way is truly unique and I feel honoured to have been involved in such an important event."

Three days prior to the event, renowned British endurance swimmer, Adam Walker, visited Anzac Cove for a commemorative swim with the Mayor of Çanakkale, Ülgür Gökhan.

Walker, who was the TOC’s celebrity guest at last week’s record-breaking Samsung Bosphorus Cross Continental Swim, is one of only five people to have completed the Oceans Seven, comprising arguably the toughest seven channel swims in the world.

"The TOC is proud to have played a role in commemorating the Battle of Gallipoli," said Uğur Erdener, President of the TOC.

"The purpose of such events is not only to pay our respects to the lives sadly lost during battle, but also to demonstrate how differences can be overcome as we enter a new era of peace and friendship.

"Today we witnessed just that as swimmers from nations who were once at war, swam alongside each other in a show of union and friendship."