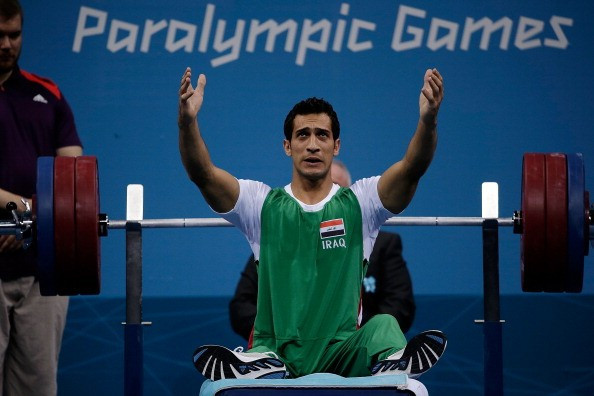 An Iraqi has been become the latest powerlifter to test positive for banned performance-enhancing drugs, the International Paralympic Committee (IPC) has announced.

Hussein Juboori has been suspended for four years following a positive test for the anabolic steroid oxandrolone and its metabolite epioxandrolone in a urine sample provided on March 16 after he had competed at the FAZZA Powerlifting Championships in Dubai.

The substance is included on the World Anti-Doping Agency (WADA) 2015 Prohibited List under the category S1.1A Exogenous Anabolic Androgenic Steroids (AAS) and is prohibited at all times, both in and out of competition.

All Juboori's results obtained from the date of the test and onward will be disqualified, including forfeiture of any medals, points, records and prizes.

Juboori, whose walking impaired due to poliomyelitis, became a national hero in Iraq five years ago when he won his country's first gold medal at the inaugural Asian Para Games in Guangzhou, claiming victory in the men's 52 kilogram powerlifting,

Afterwards Juboori, who took up the sport in 2003, said he "dedicated it to my country and my people".

He had competed at both Beijing 2008 and London 2012, finishing fourth and sixth respectively.