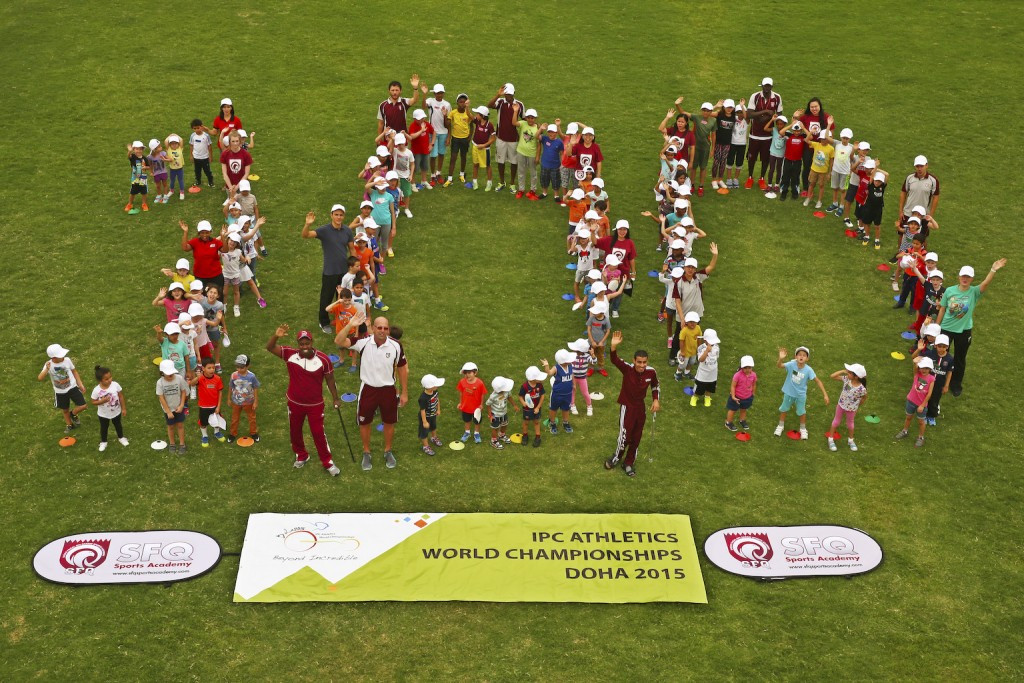 It will be the first time the event, due to take place at the  Suhaim bin Hamad Stadium at Qatar Sports Club from October 22 to 31, have been held in Asia or the Middle East.

Qatari officials claim the Championships will leave a lasting legacy as the Stadium, hotels and other facilities which will be upgraded to better cater for people with disabilities.

The Championships, first held in Berlin in 1994, are set to feature around 1,500 athletes from more than 100 countries and will serve as one of the last major competitions before next year's Paralympics in Rio de Janeiro.

Abdelqader started his season this year with a gold medal in shot put at the 7th Fazza International Athletics Competition, part of the IPC Athletics Grand Prix and is currently ranked second in the world this year in his event.

“It is a dream come true for me to compete in the IPC Athletics World Championships in front of a home crowd, with friends and family cheering me on – this will surely be the highlight of my career to date," Abdelqader said.

"The World Championships will be a perfect opportunity to raise awareness of Para-athletics and disability sport in Qatar and across the whole region.

"People from the Middle East will be inspired and will realise that disability is not a hindrance and that incredible things can be accomplished if you persist.

"I really hope that we will inspire a new generation of athletes.”

Qatar’s Al-Kass Sports Channel will act as the official host broadcaster and will air the event live during the 10 days of competition.

“We are eager to welcome the world to Doha in October for the first ever IPC Athletics World Championships in the Middle East," Thani Abdulrahman Al Kuwari, President of the Local Organising Committee and secretary general of the Qatar Olympic Committee, said.

"We look forward to greeting the world’s best para-athletes and to witness their achievements in Doha.”