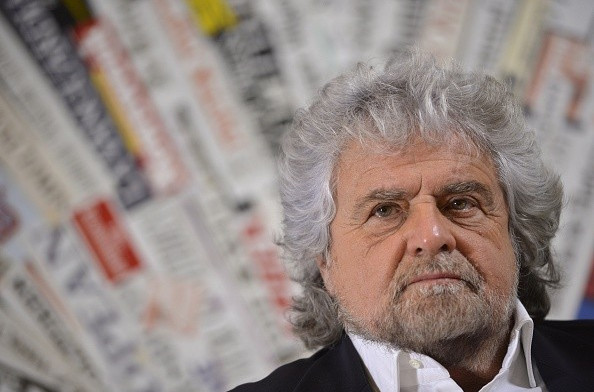 Rome's bid the 2024 Olympics and Paralympics has been fiercely criticised by the founder of one of Italy's foremost political parties on the eve of a City Council announcement confirming the shape of the campaign.

Beppe Grillo, the activist and blogger, who founded the Five Star Party, which has 109 members in the Chamber of Deputies after receiving the second largest percentage of the popular vote in the 2013 General Election, compared Italy bidding as comparable to Afghanistan attempting to land the 2030 Games.

"The Olympic Games in Rome in 2024, whose candidacy will be discussed this Thursday in the City Council, would [benefit] a 'MafiaCapitale' that still has not been eradicated and [is] tied hand in glove with the Council," he claimed in a blog-post.

"[An] Olympics [in] Rome would remain only the scandals, already imaginable related [to the] procurement and the sorry state of the city's infrastructure."

"Nominating the city in the Olympics of 2024 is like in Afghanistan, after the attack on the Parliament yesterday, welcoming the world of [sic] 2030.

"Rome is in disarray because of the mafia and a corrupt political class that either did not notice or was complicit as evidenced by the number of those arrested in the ranks of the Democratic Party."

The official, who has repeatedly called for Rome Mayor Ignazio Marino to stand down in recent weeks, then sarcastically suggested potential new disciplines for the Games, including "shooting rats", "throwing garbage" and "jumping the turnstile metro".

Although he is renowned as an anti-establishment activist whose views are unlikely to hold much sway within the ruling elite, Grillo remains popular at the polls and does bring up some home truths at a time when the city is still facing vast economic problems.

Rome's City Council was bailed out by the Central Government due to financial problems last year and an investigation is currently underway into an alleged link between politicians and the Mafia.

Similar economic problems led to Rome's withdrawal from the race for the 2020 Olympics in 2012.

The Italian capital's bid has already been confirmed in a ceremony attended by Prime Minister Matteo Renzi, meaning tomorrow's confirmation is an official rubber stamping and a discussion over the shape and direction it will take.

Accentuating Rome's unique beauty, cultural heritage and sporting tradition is considered a priority, it has been reported, as well as focusing on attracting youth groups.

“Approving this motion is truly an act of love for the City, allowing us to distance ourselves from recent confrontations an political differences that divide us," said Rome City Council President Valeria Baglio.

"So the best thing we can do for our City is to all converge, share and vote Thursday’s motion."

This comes a day after Paris confirmed its 2024 bid, joining Boston and Hamburg, as well as Rome, with Budapest requiring just Parliamentary approval to make it a five-horse race.

This is expected to be on the agenda early next month.