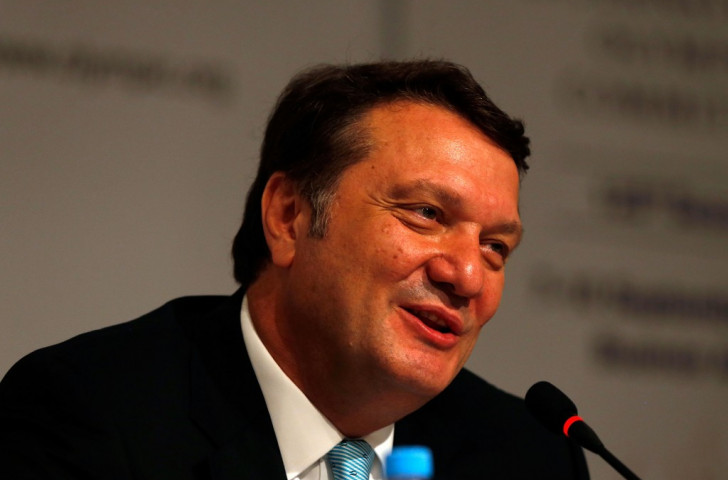 Three Turkish cities are reportedly considering a bid for the 2019 European Games after Turkish Olympic Committee (TOC) vice-president Hasan Arat suggested the country may put itself forward to host the event after The Netherlands pulled out two days before the inaugural competition here.

Istanbul has long been mooted as a potential host for the Games in four years’ time, while Antalya and Mersin could also be set to enter the fray.

“If Turkey nominates its candidacy to host the second European Games, we believe the European Olympic Committees will positively respond to this,” Arat, the bid leader of Istanbul's unsuccessful attempt to secure the right to stage the 2020 Olympic and Paralympic Games, said.

“The final decision on the matter will be taken by politicians.”

Arat’s comments seem to point to fact that Turkey has ruled out a bid for the 2024 Olympic and Paralympic Games.

The news comes after European Olympic Committees (EOC) President Patrick Hickey claimed at a press conference held on the eve of Baku 2015 that he had been in negotiations with two unnamed cities to replace The Netherlands.

Kazan in Russia and the Belarusian capital Minsk have been widely mooted as contenders.

A nationwide bid from The Netherlands had been confirmed as the second hosts of the event by the EOC at an Extraordinary General Assembly in Belek last month but were then forced to pull out when the Dutch Government failed to provide the necessary financial support.

The Dutch Olympic Committee*Dutch Sports Federation’s (NOC*NSF) failed to gain the support of The Netherlands' Sports Minister Edith Schippers, the Provinces and Municipalities after asking for a financial contribution of nearly €60 million (£44 million/$68 million) towards the original budget of €125 million (£91 million/$142 million).

The emergence of three Turkish cities represents a major boost for Hickey, widely-regarded as the architect of the European Games.

The EOC also hope that more sports follow the example of judo, whose competition at this year’s European Games will double up as their European Championship, in future editions of the event should they find a city to step in for the Dutch.

United World Wrestling also look set to hold their Continental Championships In Europe as part of the 2019 Games.

“The exact composition of the 2019 sports programme will depend on a number of factors, particularly the specific resources and requirements of the host city,” said Hickey as the Games celebrated a week since they opened last Friday (June 12).

“But today we have had a massive vote of confidence in the concept of the European Games.

“For 2019, our objective is to integrate as many European Championships into the European Games as possible, and to ensure as many sports as possible offer qualification opportunities for the Olympic Games in Tokyo [in 2020].

“We will be working closely with the European Federations and the International Olympic Committee to make this happen.”