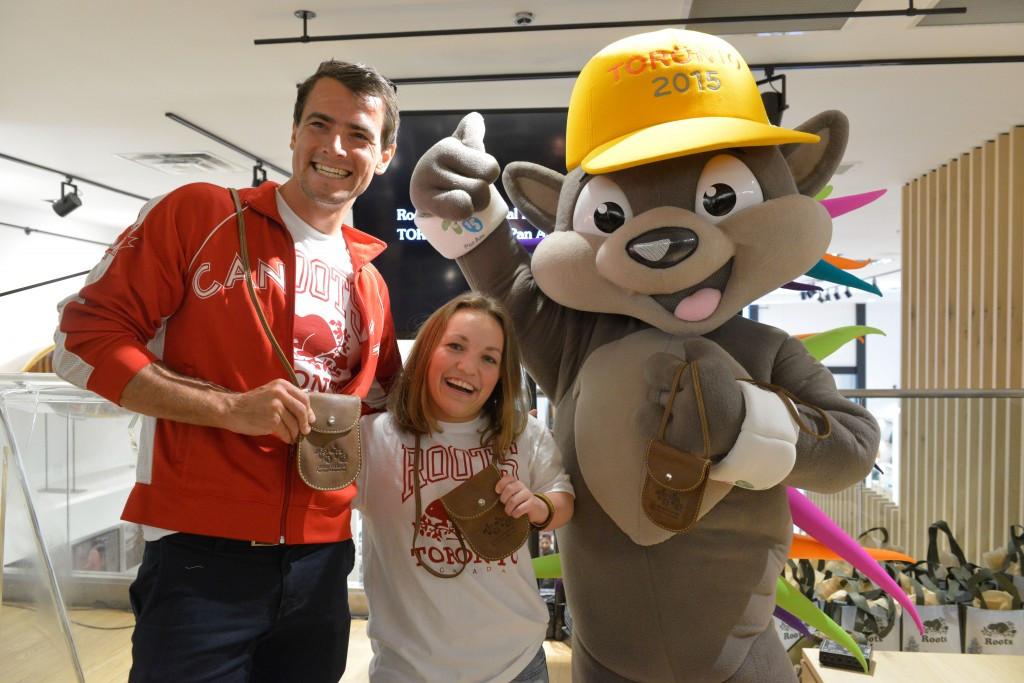 Leading Canadian lifestyle brand Roots Canada have been revealed as the latest supporter of the Toronto 2015 Pan American and Parapan American Games, with less than a month to go until the Games get underway.

As part of their support for the Games, Roots Canada will produce a custom design tribe leather pouch, which has been made at their Toronto factory, in which over 4,000 medallists will receive their gold, silver and bronze medals.

As a supporter and the Official Leather Goods Marker for the Games, the company have also produced a collection of 12 leather items that fans will be able to buy to show their support for the Games, including a replica of the medal pouch.

Van Koeverden, winner of Olympic gold and bronze medals at the Athens 2004, before adding silvers at Beijing 2008 and London 2012, will be one of the athletes aiming to receive one of the medals in the specially designed pouches during the Pan American Games, due to be held from July 10 to 26.

“Bringing the Games to life is a true team effort and we’re grateful that Roots has joined our partner family as a Proud Supporter,” said Saäd Rafi, chief executive of the Toronto 2015.

“It’s truly inspiring to see so many people getting behind the Games and helping our region get ready to welcome the Americas for a summer to remember."

Both of Roots co-founders, Michael Budman and Don Green, are set to take part in the Pan American Games Torch Relay following their support for the event, with both men set to carry the flame through Toronto on the eve of the Games.

Roots are also set to utilise their retail network across Toronto and by various Games venues to hand out specially made city guides in a variety of languages, while multilingual staff will also be available to help share practical information and recommendations about the city with visitors.

“We’re extremely excited about participating in the Pan Am and Parapan Am Games, especially as they’re taking place in the city where Roots began and has always been based,” said Budman.

“Roots has long been a supporter of amateur sports and in particular of the athletes that are the source of such great inspiration.

“We love events like Toronto 2015 that bring people together from different cultures and nationalities around a common pursuit.

“Even better that a sporting event of the magnitude of the Games is taking place in Toronto and will shine a much-deserved spotlight on our great city.

“We’re proud that Roots products made at our own factory in Toronto will be so present at this incredible international event.”