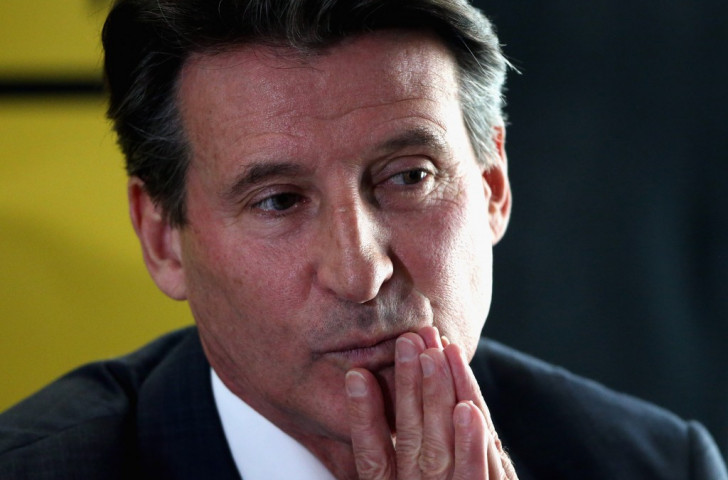 International Association of Athletics Federations (IAAF) Presidential candidate Sebastian Coe has spoken of Asia's "enormous untapped athletics potential at elite level" during a visit to China ahead of the continental athletics championships.

Speaking at the Asian Athletics Association Congress in Wuhan, at which corruption-tainted Indian official Lalit Bhanot was elected one of the body's five vice-presidents, Coe was referring both in terms of driving grass roots participation and growing commercial backing and involvement.

He also believes that the region’s leading technology companies should be "more effectively targeted" by the IAAF in order to ensure the athletics family is "utilising the very latest technology and techniques to promote the sport and attract new participants and fans".

“Asia is a powerhouse on many levels and offers athletics and the IAAF staggering potential," added the former two-time Olympic 1500 metres champion and London 2012 President, who is also British Olympic Association chairman.

"The region accounts for some 60 per cent of the world’s youth population aged between 15 and 24 and has the maximum number of birth rates per continent.

"It also includes four of the top 10 fastest growing economies globally and is home to some of the world’s most innovative technology companies.

"It is no coincidence that the region accounts for approximately half of all social media users worldwide.

“These are powerful numbers.

"Most brands would naturally want to take full advantage of them and it is clear to me that this region has extraordinary potential to help grow our sport.

"Asia with its sophisticated technology capabilities, could enable us to reach new audiences in innovative and dynamic ways and I see every reason to look towards Asia to help secure a partnership with one of its world-leading companies in digital and social media.”

After attending the Championships starting tomorrow, Coe, who is currently campaigning hard to receive Presidential votes, will then travel to Singapore for the South East Asian Games due to start on June 5.

Ukraine's Sergey Bubka, the IOC Executive Board member who is Coe's only rival in a two-horse race, has also praised China during a visit ahead of the continental event.

"I'm sure you have infinite potential and China will continue to be successful in athletics," the 53-year-old pole vault legend told Xinhua.

"I don't see any reason to say that China's athletics isn't strong enough.

"I rate very highly everything that China has been doing and continues to do for development of our sport inside the country as well as at international level.

"The Chinese are always among top athletes, who were taken into consideration by different National Federations when they try to draw up medal plan for World Athletics Championships or Olympic Games.

"What I see now is that China faces the future with confidence, developing our sport."

The nation, due to host the IAAF World Championships in Beijing in August, have won six all-time Olympic gold medals in athletics, while at the weekend sprinter Su Bingtian clocked 9.99sec over 100m at the Eugene Diamond League meeting, the first Chinese to break the 10 seconds barrier.