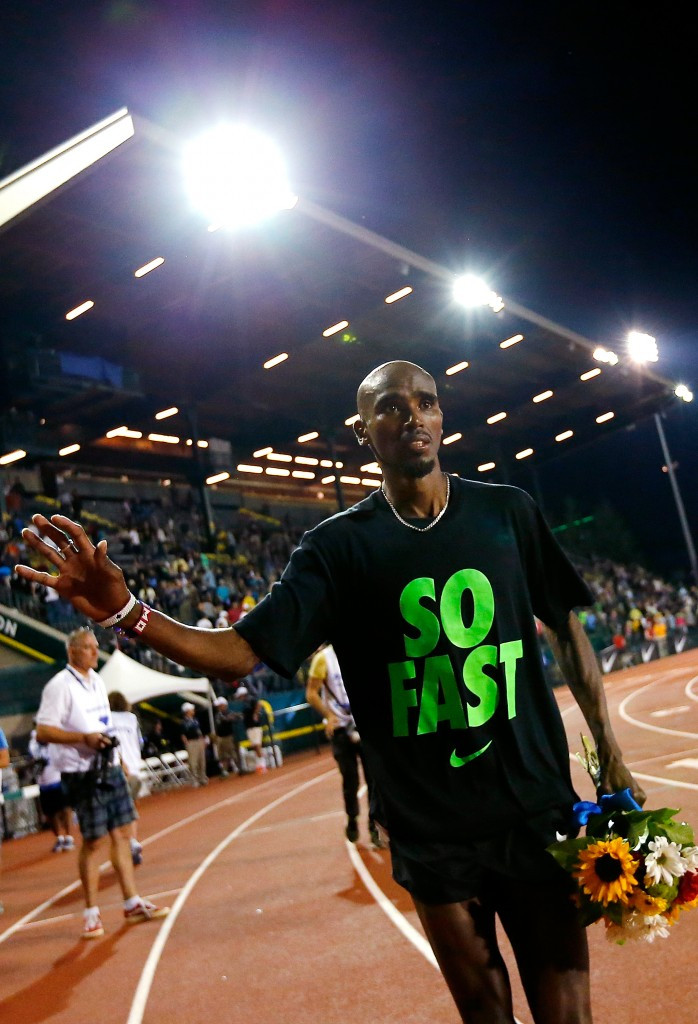 Mo Farah maintained his four-year winning streak at 10,000m as he earned victory on the first night of the International Association of Athletics Federation’s Diamond League meeting in Eugene, Oregon, clocking a season's best time of 26min 50.97sec on the Hayward Field track that will host the 2021 World Championships.

Britain’s Olympic and world champion at 5,000m and 10,000m, who had finished second over 3,000m in his opening Diamond League race in Doha a fortnight earlier, held off the determined challenge of Kenyan Paul Tanui in the Prefontaine Classic to remain unbeaten at this distance since 2011, when he took silver at the IAAF World Championships in Daegu.

Nevertheless, he was disappointed that a slow early pace left him outside the time he had in mind - somewhere around 26:30.

"It would have been good to run a little bit faster," Farah said.

"My aim was to run a little faster."

In a season aimed at the World Championships in Beijing in August, Farah said it was too soon to say if he would attempt to repeat his 5,000 and 10,000 double of the 2012 Olympics and 2013 worlds.

"Depends on if my body lets me," said Farah, whose next race will be the 1500m at the IAAF Diamond League meeting in Birmingham on June 7.

Farah's time was more than four seconds slower than his personal best, but he had plenty left to power past Tanui, who had edged ahead going into the final lap.

After home hope Galen Rupp had taken the lead with just under two laps remaining, Kejelcha took over 300m to go and pulled away for a convincing triumph over Kenyan Edwin Soi in 13:11.97, with Rupp third in 13:12.36.

Tianna Bartoletta of the United States won the women's long jump with a wind-assisted effort of 7.11m.

Reigning Olympic champion and three-time world champion Brittney Reese was fifth with a jump of 6.69.