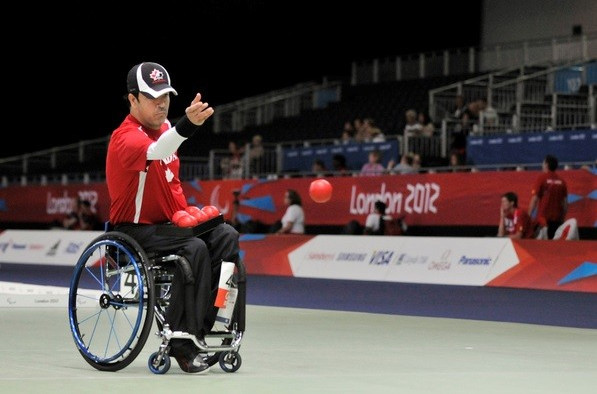 Dispaltro, who finished third in the BC4 pairs competition at London 2012 alongside recently retired compatriot Josh Vander Vies, heads a team who will be keen to impress on home soil at the event, which runs from August 7 to 15.

Guadalajara 2011 Parapan Am Games gold medallists Paul Gauthier and Adam Dukovich have also both been selected in what looks a strong Canadian outfit.

The full team is available here.

Canada’s boccia side have enjoyed a high degree of success lately, most notably at the 2015 Americas Pairs/Team Competition, held in Montreal, where they managed to secure BC3 and BC4 pairs qualification spots for the 2016 Paralympic Games in Rio De Janeiro.

They become the third Canadian Parapan American Games team to be announced, and the complete host nation squad will be revealed by July.

“The Americas region is very strong in boccia.

“We are ready to go head to head against some of the best in the world, and aim to repeat our podium success from previous Parapan Am Games.”

Boccia competitions at the Games will be held in the Abilities Centre and the full schedule for the competition is due to be released soon.

“Whether this is your first Games or whether you are a veteran, this will be a Games like no other.

“Our Canadian team is now bigger and better with you on it.”

The 2015 Parapan American Games in Toronto is expected to attract 1,600 athletes from 28 countries and tickets are available here.