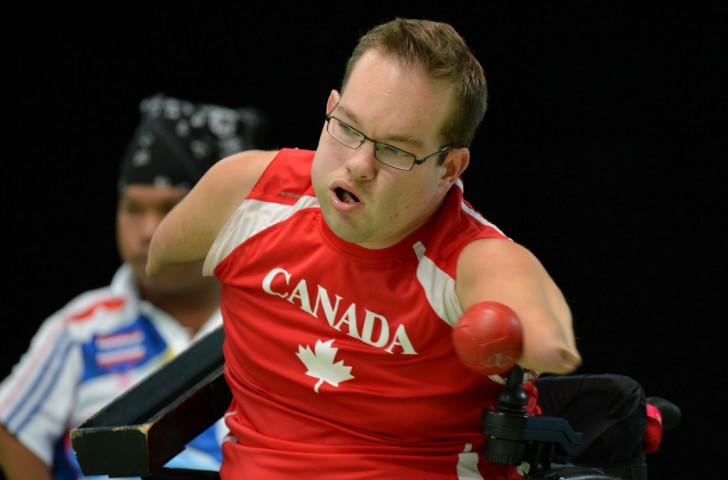 London 2012 Paralympic boccia bronze medallist Josh Vander Vies of Canada has announced his retirement from the sport after an 11-year long career.

Vander Vies claimed a third-place finish in the BC4 pairs competition alongside teammate Marco Dispaltro at the Paralympic Games three years ago.

He had also won a bronze medal at the 2011 Parapan American Games in Guadalajara.

During his boccia career, which spanned more than decade, Vander Vies competed at Athens 2004 and also represented Canada at two World Championships, in 2006 and 2010.

“Paralympic sport and boccia have played such a meaningful role in my life,” Vander Vies said.

“It is hard to leave them.

“But I am very proud of the success of all my Canadian boccia teammates, and especially thrilled to see my BC4 teammates on track after last week's spectacular come from behind performance in Montreal against world number ones, Brazil, to becoming the dominant international double.”

Vander Vies is widely revered as one of the leading voices in the Canadian Paralympic Movement and is well-known as a professional speaker, using his life experience to help educate others and to try to get people involved with boccia.

As well as a stellar international sporting career, he is currently the President of AthletesCAN, the association of Canada's national team athletes, and he acted as the Athlete Council representative on the Canadian Paralympic Committee (CPC) Board of Directors while serving as the chair of CPC's Athletes' Council from 2008 to 2012.

“On behalf of the Canadian Paralympic Committee, congratulations to Josh on a hugely successful career both on and off the field of play,” CPC President Gaétan Tardif said.

“We couldn't be prouder of Josh as he moves in to the next chapter of life, knowing he will continue to be a great ambassador for Paralympic sport while contributing his leadership and vision to the Canadian sport system as a whole.

“Thank you Josh, for all your contributions and we wish you all the best in your future challenges."