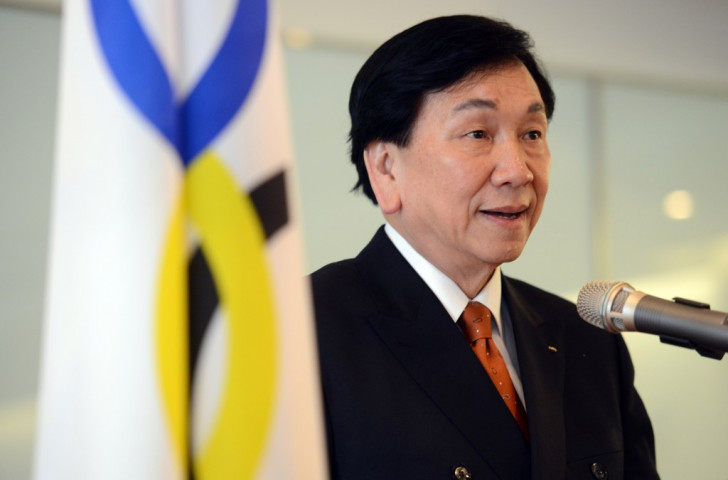 It represents another blow for SportAccord President Marius Vizer since he created ruptures throughout the Olympic Movement by strongly criticising the International Olympic Committee (IOC) and its President Thomas Bach at last month's SportAccord Convention in Sochi.

AIBA follows governing bodies for athletics, archery, canoeing and shooting in announcing its suspension, while the International Paralympic Committee, the Commonwealth Games Federation and the Association of Summer Olympic International Federations (ASOIF) has "disassociated" its affiliation.

“It is with much regret that we suspend our membership with SportAccord with immediate effect,"  said AIBA President CK Wu, an IOC Executive Board member who was appointed vice-president of ASOIF last month.

AIBA had been a member of SportAccord since 1967 and had previously participated in SportAccord sponsored World Combat Games in Saint-Petersburg in 2013 as well as in the first edition in Beijing in 2010.

A total of 15 sports are now expected to feature at the next edition, to be held in Peruvian capital Lima in 2017, consisting of aikido, fencing, judo, ju-jitsu, karate, kendo, kickboxing, muay thai, sambo, savate, sumo, taekwondo, weightlifting, wrestling and wushu.

Fencing, taekwondo, weightlifting and wrestling, as well as boxing, were among the 27 Summer IF's to sign a letter supporting ASOIF's decision to disassociate last month, with the only exception being the International Judo Federation, whose President is Marius Vizer.

Along with the World Mind Games, the World Combat Games is a key part of SportAccord's drive to organise great multi-sporting opportunities for Olympic and non-Olympic Federations, with it being hoped that the World Urban and World Beach Games - of which a first edition to take place in 2019 was awarded to Sochi last month - will follow their path.

But, as one of the core Combat Games sports, today's announcement is a major blow, possibly vindicating Vizer's claim the IOC is putting pressure on sports not to fully engage with these events.

“We have aimed to create a clear identity for the sport of boxing in the past eight years of my Presidency," Wu added.

"Boxing is a noble art and a traditional Olympic sport and we feel that the participation in the World Combat Games challenges this identity among boxing fans."

Although the decision of AIBA to go a step further and suspend their membership is unsurprising given Wu's position on the IOC Executive Board, it will be interesting to see whether others will now follow suit.

A United World Wrestling spokesman told insidethegames today how they "are still working out the details" of their response when asked whether they will continue to compete at the World Combat Games.

They hope this response will be "defined in the next two weeks or sooner".

The International Weightlifting Federation meanwhile, who should feature at the World Combat Games for the first time in 2017, have told insidethegames they are waiting for "further developments" before making any official move or communication.

SportAccord is yet to respond to insidethegames' request for a comment following the AIBA announcement.