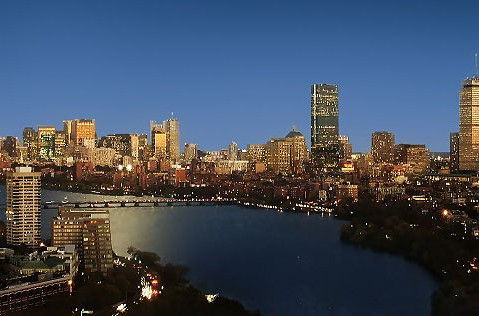 A Host City Contract template for the 2020 Olympic and Paralympic has been published by the United States Olympic Committee (USOC) in an attempt to allay fears local people would be unfairly burdened by a Games in Boston.

Following pressure locally, the Contract, which had been sent to Boston officials to act as guidance, was released by city officials, with concerns subsequently being raised about references to all additional taxes incurred by athletes and officials being covered by the host nation rather than the International Olympic Committee (IOC).

In also releasing the document, USOC are keen to point out that following the Agenda 2020 reform process, it will be subjected to various alterations in order to conform with the changes agreed upon at December's IOC Session in Monte Carlo.

This includes a commitment for the IOC to cover a greater proportion of the costs.

“This template for the 2020 Host City Contract was provided to the cities bidding for the 2020 Olympic and Paralympic Games," said USOC chief communications and public affairs officer Patrick Sandusky.

"USOC subsequently offered it to the Boston 2024 Partnership as a point of reference in deciding whether to bid for the 2024 Games.

"Because the template was created prior to the adoption of Olympic Agenda 2020, it is not a reliable model for the 2024 Host City Contract, and for that reason we asked that it be maintained in confidence.

"However, due to ongoing interest and because template contracts for other Games are publicly available."

Last September, the IOC released the Host City Contract for the 2022 Winter Olympic bid process, with the financial assistance they are providing for the bidding cities supposedly representing an estimated value of $880 million (£538 million/€684 million).

This comes as the list of likely candidates bidding for the 2024 Games has grown to five, with Budapest and Paris poised to join Boston, Hamburg and Rome, who have all already confirmed they will launch attempts.

Boston, seen as the favourite when confirmed as the US candidate ahead of Los Angeles, San Francisco and Washington D.C. in January, has since experienced problems obtaining popular support, with anti-Olympic groups working hard to derail the effort.

Reports surfaced this week that the Bid Committee are set to replace chairman John Fish with Bain Capital executive and Boston Celtics co-owner Steve Pagliuca in a leadership shake-up in order to regain momentum.

Massachusetts Governor Charlie Baker has warned how organisers need to reveal more concrete aspects of their bid by early next month, The Boston Globe has reported.