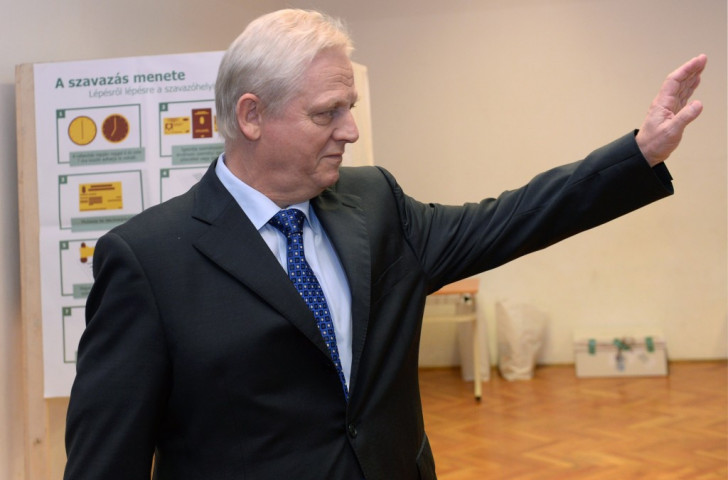 Budapest’s potential bid for the 2024 Olympic and Paralympic Games moved a step closer today after Mayor István Tarlós gave his full  backing to his city entering the race.

Tarlós, previously been sceptical as to whether the Hungarian capital would be a suitable host city for the world’s largest sporting event, has now thrown his support behind the campaign.

“Budapest and Hungary are ready to hand in their bid to organise the 2024 Olympics by right and with a good chance of winning,” he said.

Tarlós revealed the Municipality Assembly will vote on the application on June 23.

Last October, the official declared such an attempt as "not viable", adding that it was "not an appropriate time" to launch a bid.

But the Mayor claims the International Olympic Committee’s (IOC) Agenda 2020 reform and statements from President Thomas Bach encouraged him to change his mind, and it now appears just a matter of time before Budapest officially declares.

He alluded to several extensive development projects that are currently going in on the city, such as the “Tüskecsarnok” Sports Arena and sports facilities in the cities of Debrecen and Győr, as reasons why the event could be staged in Hungary for the first time.

Budapest is also undergoing other infrastructural enhancement of its public transport system.

Prime Minister Viktor Orbán, who met with IOC President Thomas Bach in Lausanne last month, has promised that if the Hungarian Olympic Committee (HOC) support the idea of bidding for the 2024 Olympics and Paralympics, “immediately we will apply”.

IOC executive director Christophe Dubi has revealed how officials from Budapest met with Olympic representatives last week to discuss the bid as part of its newly-introduced “invitation phase”.

That followed discussions held in February where HOC officials recommended Budapest should bid for the 2024 Olympics and Paralympics but that they should carry out a feasibility study before making a definite decision.

The news comes after reports emerged that as many as five cities could be on the start line in the race to host the event in nine years’ time.

Boston, Hamburg and Rome have all officially declared their candidacies and cities have until September 15 to put forward their bid.

The IOC are due to meet with officials from Paris, who look certain to enter the race, on June 3, with Rome expected to follow the next month.

The 2024 host city is due to be chosen by the IOC at its Session in the Peruvian capital of Lima in 2017.