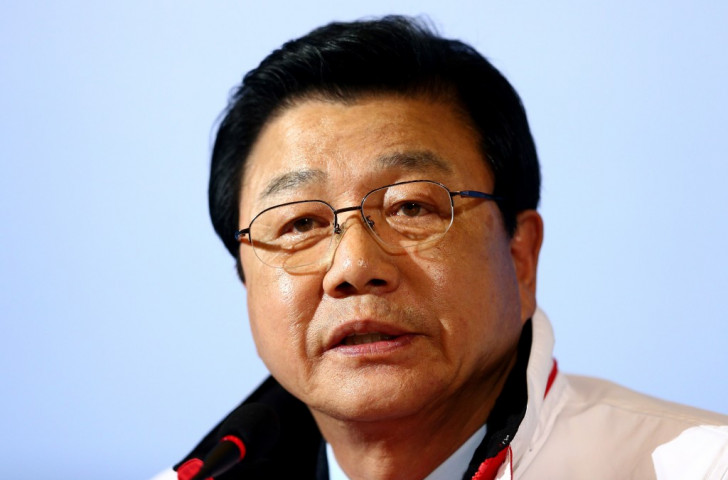 Former Organising Committee head Kim Jin-sun and International Olympic Committee (IOC) member Moon Dae-sung are among officials to have been fiercely criticised by a coalition of 50 civic groups for their conduct during preparations for the Pyeongchang 2018 Winter Olympics and Paralympics.

As reported by Korea Times, a petition accuses five people - a group also including Gangwon Province Governor Choi Moon-soon and lawmakers Park Joo-sun and Yeom Dong-yeol - of abusing their authority or neglecting their duties when preparing for the Games, allegedly leading to the wasting of taxpayers' money and damage to the environment.

Alleged crimes include revised plans to build a new facility for the Opening and Closing Ceremonies costing KRW 92.1 billion (£56 million/$85 million/€76 million), which was supposedly done without formal consent from the Ministry of Culture and the Ministry of Strategy and Finance.

Kim, who was replaced by Cho Yang-ho at the helm of the Organising Committee last July, is accused of permitting the Regional Government to fall into debt of over KRW 919 billion (£555 million/$846 million/€757 million) as a result of construction at the Alpensia Resort, where mountain events are due to take place.

Environmental factors are also highlighted in the petition, with Governor Choi accused of "destroying" Mount Gariwang in order to construct the Alpine skiing venue, with more than 50,000 trees having been supposedly cut down.

Organisers are also criticised for turning down the potential of sharing events with other countries, such as Japan, in order to reduce costs, a proposal which was turned down earlier this year.

Pyeongchang 2018 organisers have come under fire from various groups in recent years for the nature of their plans, with the IOC also having registered concerns about the slow nature of progress.

But in recent months the situation appears to have improved under Cho, and it is notable that most of the grievances highlighted in the petition concern decisions taken several years ago, under the stewardship of Kim rather than Cho.

Following March's inspection visit, IOC Coordination chair Gunilla Lindberg spoke repeatedly about the "big progress" taking place, which has included the finalisation of the venue plans and the signing of several commercial deals with companies including Korean Air and Samsung to help cover costs.

More deals have been promised for later this year.

Yet, although the petition could therefore be dismissed as the discontented rumblings of opposition groups, with the civic groups coming from a range of sporting and environmental backgrounds, it still provides indication of underlying apathy about the Games in the Asian nation, a concern with less than three years to go until action begins.

Organisers will hope the announcement of skiing superstar Lindsey Vonn as the first international bid ambassador, something revealed on Monday (May 4) but only officially confirmed today, is one way by which attention and excitement will be built.