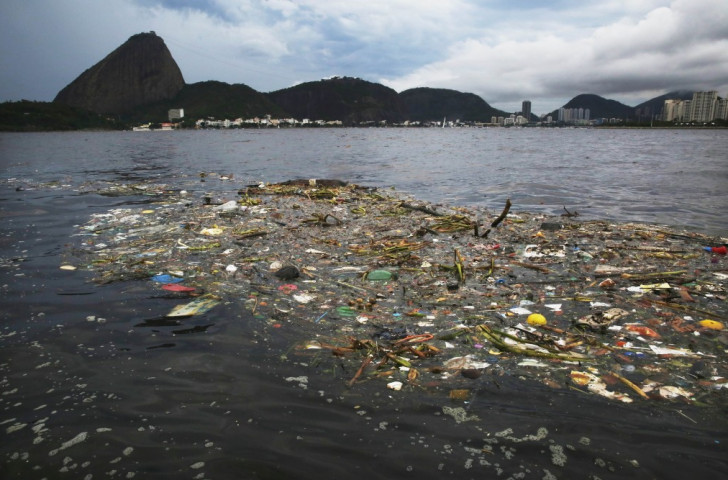 Rio de Janeiro State Environment Secretary André Corrêa has attempted to quell fears concerning the state of Guanabara Bay, where Olympic and Paralympic sailing competitions will be held next year, by jumping into the water during a television interview in Brazil.

Screened as part of Globo television network’s “Fantastico” programme on Sunday (May 3), Corrêa is shown to have dived fully clothed into the water, despite the fact the venue has attracted widespread criticism from all over the world owing to high levels of pollution and rubbish.

“Here it is just like the beach at Ipanema,” Corrêa said.

“The level of rubbish fluctuates.

“It's the challenge we are facing because no bay will ever be completely clean."

Corrêa’s actions have been dismissed as a publicity stunt and Alberto Chebabo, an infectious disease specialist and professor at the Federal University of Rio de Janeiro, claimed the high-ranking politician could have become severely ill as a result.

“The image of a dip at the entrance to Guanabara Bay, at the time of the flood tide [when the cleaner waters of the sea, enter the Bay] and full moon [highest tidal range], is an attempt to confuse with a reality shown by the same station on a number of subjects,” he wrote in a blog on the subject.

“To try to prove that the Bay is clean and the problem is only the floating garbage common to any other bay is undermining the collective intelligence.”

It has been suggested in the Brazilian media that the area in which the 51-year-old jumped into had been pre-selected in order to avoid the most polluted parts of the Bay.

High levels of water pollution and physical debris across the Bay have been a particular challenge over recent years, with concerns heightening once again after it emerged Government forces responsible for reducing levels had not signed a contract to buy more boats from where rubbish can be collected.

The Brazilian Government have pledged to clean up the area ahead of Rio hosting the 2016 Olympic and Paralympic Games, with officials claiming 80 per cent of the waste will be treated, although Rio Mayer Eduardo Paes has now admitted this target will not be met.

The next challenge for Rio 2016 comes from August 8 to 18, when a second sailing test event is scheduled to take place on the Bay.