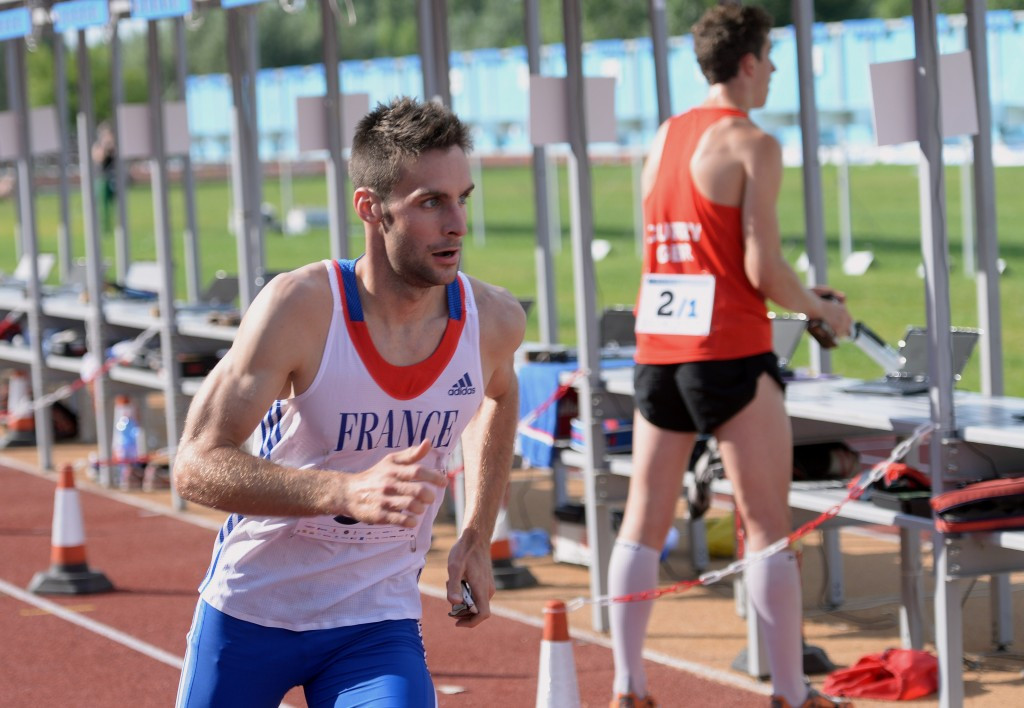 The 22-year-old overcame a 22-second gap on Russia's Ilia Frolov to beat the former world champion into second place in a dramatic combined event.

The two athletes were neck and neck going into the final shoot, but a nerveless display from Belaud saw him race out of the pistol range seconds ahead of his more experienced rival.

He then stretched his lead to break the tape nine seconds in front of Frolov and claim maximum qualifying points.

It was a first individual win for Belaud, a former junior world champion, after his fifth-placed finish in the second leg of the World Cup in Cairo.

A poor swim today saw him in 33rd spot but a fourth place in fencing and 10th place in the riding put him in sixth overall after three events.

Lower down the leaderboard was Great Britain's Thomas Toolis, who ended up in 13th position, his best ever result in a World Cup.

He performed well in the fencing to record 19 wins that moved him up from 18th place to 11th, a position that he held after a fine ride that scored him 294 points.

"This is Tom’s second consecutive solid performance at this level and he has made the most significant improvement so far this season," said Jan Bartu, Pentathlon GB's performance director.

The action in Kecskemét concludes tomorrow with the mixed relay event.