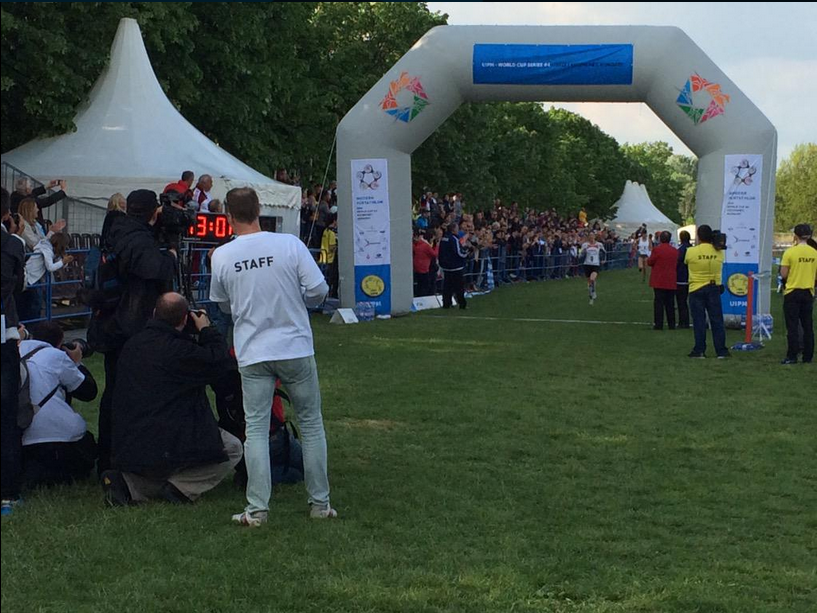 The 21-year-old Hungarian recorded a total of 1,361 points to finish three clear of France’s Elodie Clouvel, and a further 12 ahead of the United States’ Margaux Isaksen in the bronze medal position.

Foldhazi found herself way down in 15th position after the fencing, before clocking the fourth best time in the swimming, 2 min 12.62sec, and securing second place in the riding.

A time of 12:31.0 in the combined event, the fifth best in the field, sealed victory in what was the fourth leg of the UIPM World Cup series.

Clouvel was extremely well-positioned going into the combined event, after coming second in the fencing, the swimming, and the riding, but a 22nd place finish, with a time of 13:13.04, saw her drop to second overall.

Strong finishes for Isaksen in the fencing and riding, fifth and sixth respectively, played a major part in securing her place on the podium with steady results in the swimming, 11th, and the combined event, 17th, backing them up.

The action in Kecskemét continues tomorrow with the men’s individual final.