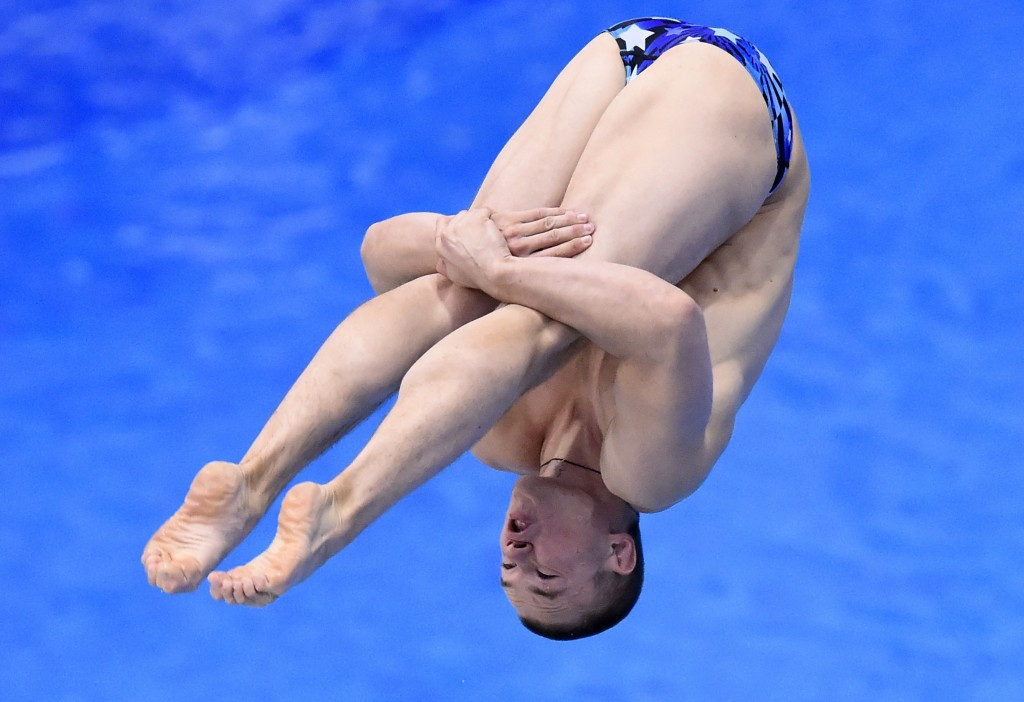 With home favourite Jack Laugher, winner of the Kazan and Dubai legs of the series, failing to qualify for the final, the door was opened to Kuznetsov, China’s Olympic champion Cao Yuan and Germany’s Patrick Hausding to take gold.

The final proved a closely fought affair, but Kuznetsov produced a stunning final dive of competition to elevate himself from third place after five rounds to move to the top of the leaderboard and seal gold.

China, who took four golds on the opening day of competition at the London Aquatics Centre, clinched a further two titles in the women’s 3m springboard and the mixed 3m synchro springboard events.

Shi Tingmao earned the women’s 3m springboard with ease on 374.35 points, finishing well clear of her team mate Wang Han’s total of 366.90 points, to seal her second title in two days, having been victorious in the synchro competition with Wu Minxia on the opening day.

Canada’s Pamela Ware and Russia’s Nadezhda Bazhina, finished tied for third place on 330.65 points, but Ware earned bronze by winning a dive off.

There was also home success as Grace Reid and James Heatly finished on 299.79 points to claim a surprise bronze, in the event that made its World Series debut this year.