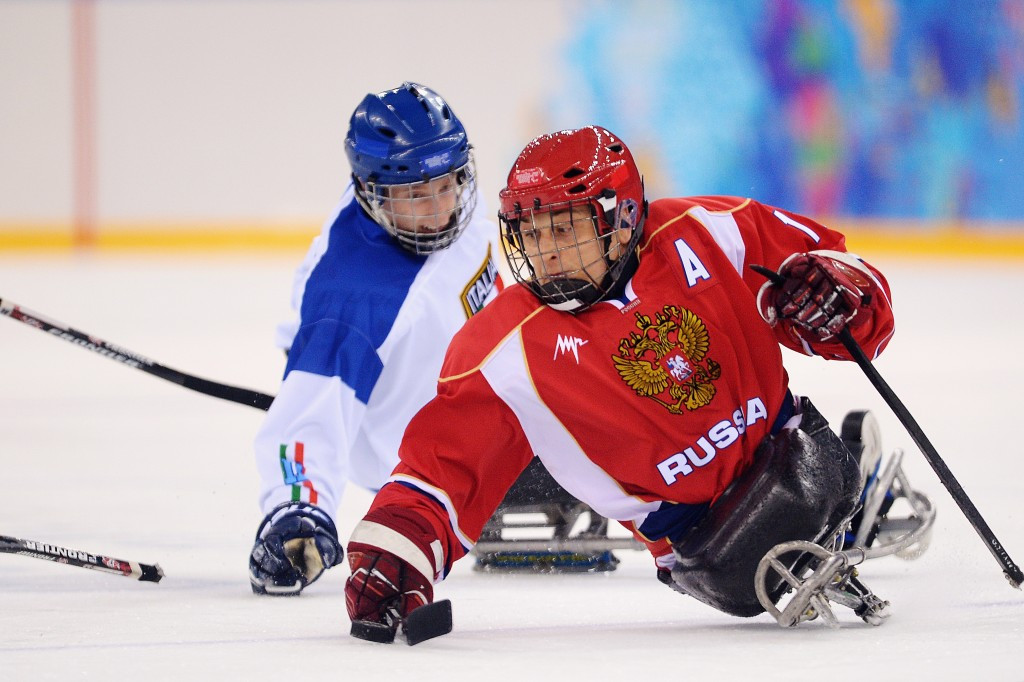 With their opponents claiming a day one win over Germany, Russia knew that defeat would all but end their hopes of progressing to the semi-final stage of the competition from Group B.

The Sochi 2014 silver medallists began the contest brightly with Vasilii Varlakov opening the scoring in the first five minutes, and with new goaltender Evgennii Plotnikov proving in excellent form, Russia looked more secure than in their opening match, where they conceded six.

Sergei Panfilov added to the advantage in the second period, before Aleksei Lysov sealed the 3-0 triumph in the concluding period of the match.

“It was very pleasant for me to not allow any goals,” Plotnikov stated, after saving all seven shots on his goal.

“We are here to win the Championship, and we’re now still able to achieve that after their win.”

Hosts and Paralympic champions the United States continued to show why they are team to beat at the HARBORCENTER as they swept aside Germany with a comfortable 7-0 triumph to top Group B.

The US displayed the strength in depth within their team as six players finished the match on the score-sheet, with Adam Page scoring twice in front of his hometown crowd, to keep their team top of Group B with six points from their two matches.

Italy, who are level with Russia on three points, will face the US in the final match of the Group, while Russia will be hoping to seal progression to the semi-finals with victory over Germany, the group's bottom-ranked team, having tasted defeat in both matches without managing a single goal.

Canada earned a 5-0 victory over Norway in rematch of the Sochi 2014 bronze medal match, to maintain their unbeaten record and stay top of Group A.

Goals from Adam Dixon, Greg Westlake and Tyler McGregor saw the Paralympic bronze medallists team cruise into a 3-0 advantage within the first period, before Billy Bridges added further gloss with two goals of his own.

Czech Republic kept their hopes of reaching the semi-finals alive with a narrow 2-1 win over Japan, to move level with Norway in the standings.

But following a rest day tomorrow their prospects of appearing in the last four could be ended by Canada in the final Group A match.