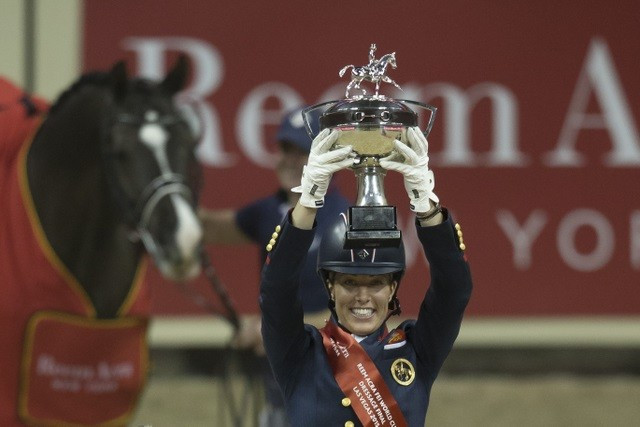 The British Olympic champion scored 94.196 with outstanding passage and piaffe, pirouettes and a final march down the centreline that sent the crowd wild at the Thomas & Mack arena in the United States city to claim the new Reem Acra trophy.

“If he gets worried I know I can reassure him, he trusts me, but he’s always been a brave horse.”

Dujardin’s score was almost 10 percentage points ahead of second placed former world champion Edward Gal and Glock’s Undercover of The Netherlands who scored 84.696.

“To come out on the top now you need near-perfection, and with the horses we have we can compete very close to perfection.”

He added: “The very best should win and Charlotte does such an amazing job and we need horses and riders like them in our sport.”

Germany’s Jessica von Bredow-Werndl and Unee BB placed third with 80.464, while home athlete Laura Graves finished in fourth with Verdades on a mark of 79.125.