The West Midlands Growth Company (WMGC) has the prime purpose of boosting the region and its population of three million people with investment and jobs to allow the area to thrive.

Sport is a huge part of the vision going forwards, particularly surrounding Birmingham's hosting of the 2022 Commonwealth Games between July 28 and August 8.

A new Major Events Delivery Plan, launched as part of the Business and Tourism Programme, outlines the region's impressive ambitions.

It sets out a vision for the West Midlands to be known across the global sports industry as a leading region for hosting major sporting events - maximising the social and economic benefits by working side-by-side with public, private and voluntary sectors. It highlights the following five strategic priorities:

Secure a minimum of eight major sporting events for the region, focusing the offer on events that will have the biggest positive impact on regional priorities and measurable outcomes.

Strengthen the identity as a host region of choice for major UK and international sporting events, developing a compelling offer for the sports stakeholders, fans and visitors.

Work collectively with regional partners, venues and host authorities to strengthen the offer as a host region, working with local and national Government agencies and private and voluntary community sectors to grow our knowledge, capacity and skills, sharing resources for the benefit of the whole region. 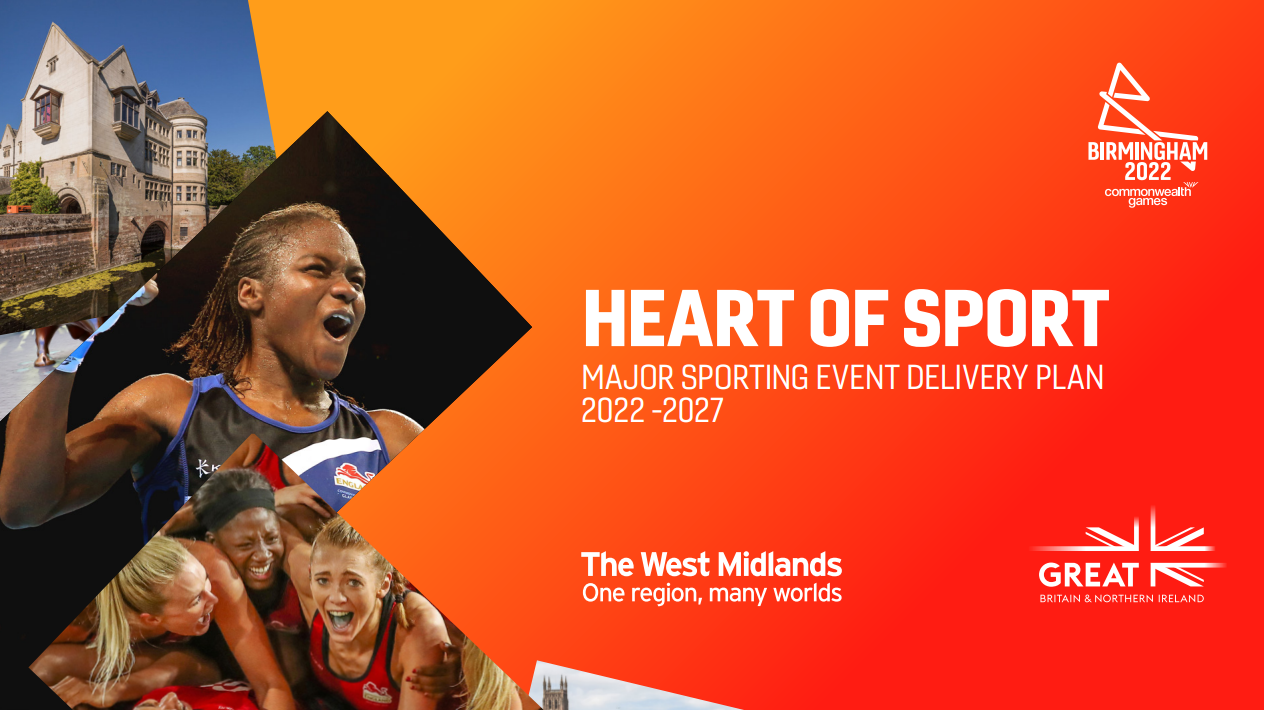 The full plan is available to read here.

Already blessed with world class stadiums and venues, major professional clubs and a multicultural public which lives and breathes sport, the West Midlands is a sporting hub that is looking to attract huge events long after the conclusion of the Commonwealth Games.

The region is a leading sporting destination with superb tourism, culture, accommodation and hospitality on offer to compliment the action on the field.

There is already rich history and heritage, with the sporting world owing a lot of what it loves to the West Midlands.

Lawn tennis and rugby both have their origins in the region, while the Football League was founded here and the Wenlock Olympian Games was the forerunner to the modern Olympics. 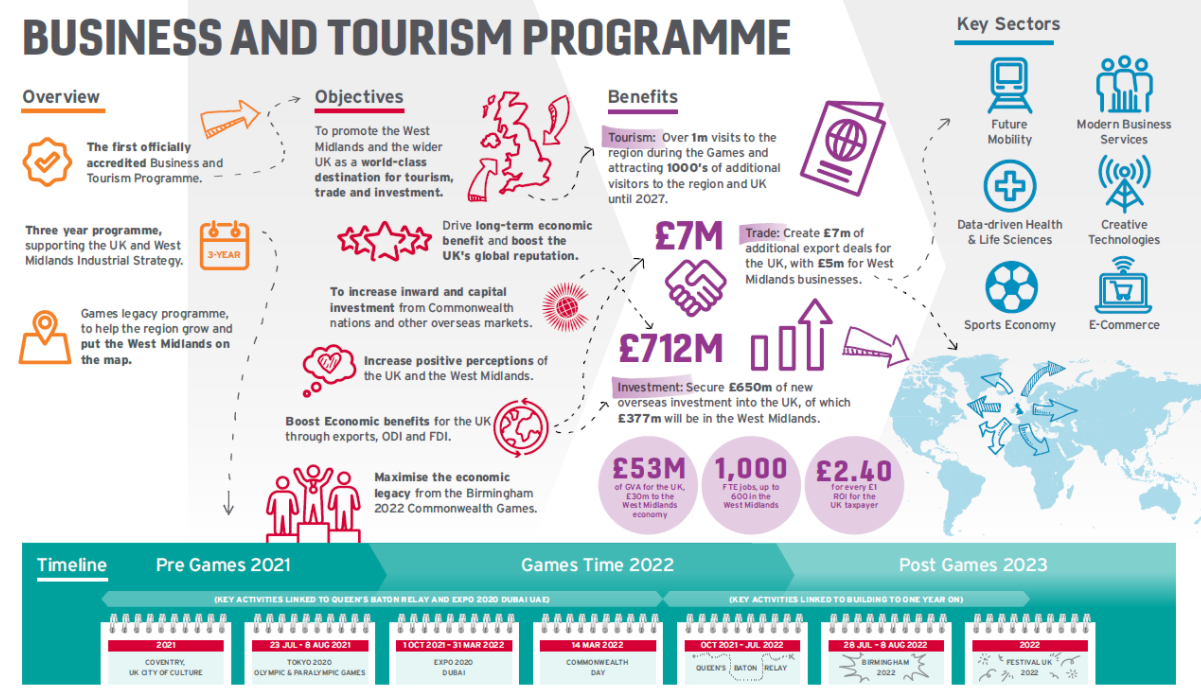 A £24 million ($33 million/€29 million) Business and Tourism Programme (BATP) has been launched to take advantage of the major opportunities provided by the Birmingham 2022 Commonwealth Games.

The aim is to promote the West Midlands as a world-class destination for tourism, trade and investment with the sports economy, which supports more than 30,000 people, a key focus.

Event organisers will be among those targeted during a three-year campaign, as well as visitors from both home and abroad, investors and businesses.

Focus will be given to countries and territories in the Commonwealth, with the hope of delivering long-term economic benefits and boosting the global reputation of both the West Midlands and the United Kingdom.

More than one million tourist visits to the UK are expected during Birmingham 2022, and it is hoped that millions more will be attracted to both the West Midlands and the rest of the country up until 2027.

There is the aim of securing £7 million ($9.5 million/€8 million) in new export deals for the country, with £5 million ($7 million/€6 million) of this remaining locally for West Midlands businesses.

The WMGC will deliver the BATP alongside the Department for International Trade and Visit Britain.

It is being funded by the Department for Digital, Culture, Media and Sport and the West Midlands Combined Authority.

Showcase events will be held alongside the Queen's Baton Relay, as well as at UK House during the Commonwealth Games.

A key event called "Culture and Sport in the Global Economy" was also held during the Dubai Expo, which brought together major sports leaders to discuss the potential benefits for the West Midlands region.

The events will help demonstrate what can be offered to a global audience.

Before Birmingham 2022, a campaign will help local hospitality businesses prepare the best welcome, while tourists will be able to use a digital visitor platform and pop-up information sites to enjoy what is on offer.

After the Commonwealth Games, the BATP will shift to helping businesses hoping to locate in the area, while confirming export contracts and securing capital investments.

Marketing will encourage tourists to visit again, with bids for major sporting events set to be made to capitalise on Birmingham 2022 and leave a lasting legacy. Stakeholders of the West Midlands Growth Company include local authorities across the region as well as universities.

They include the West Midlands Combined Authority - which is made up of 18 local councils and three local enterprise partnerships.

The City Councils in Birmingham, Wolverhampton and Coventry are among the other stakeholders, alongside the councils for Dudley, Sandwell, Solihull and Walsall.

The WMGC works with a number of external funders to help deliver programmes to benefit the West Midlands. These include: