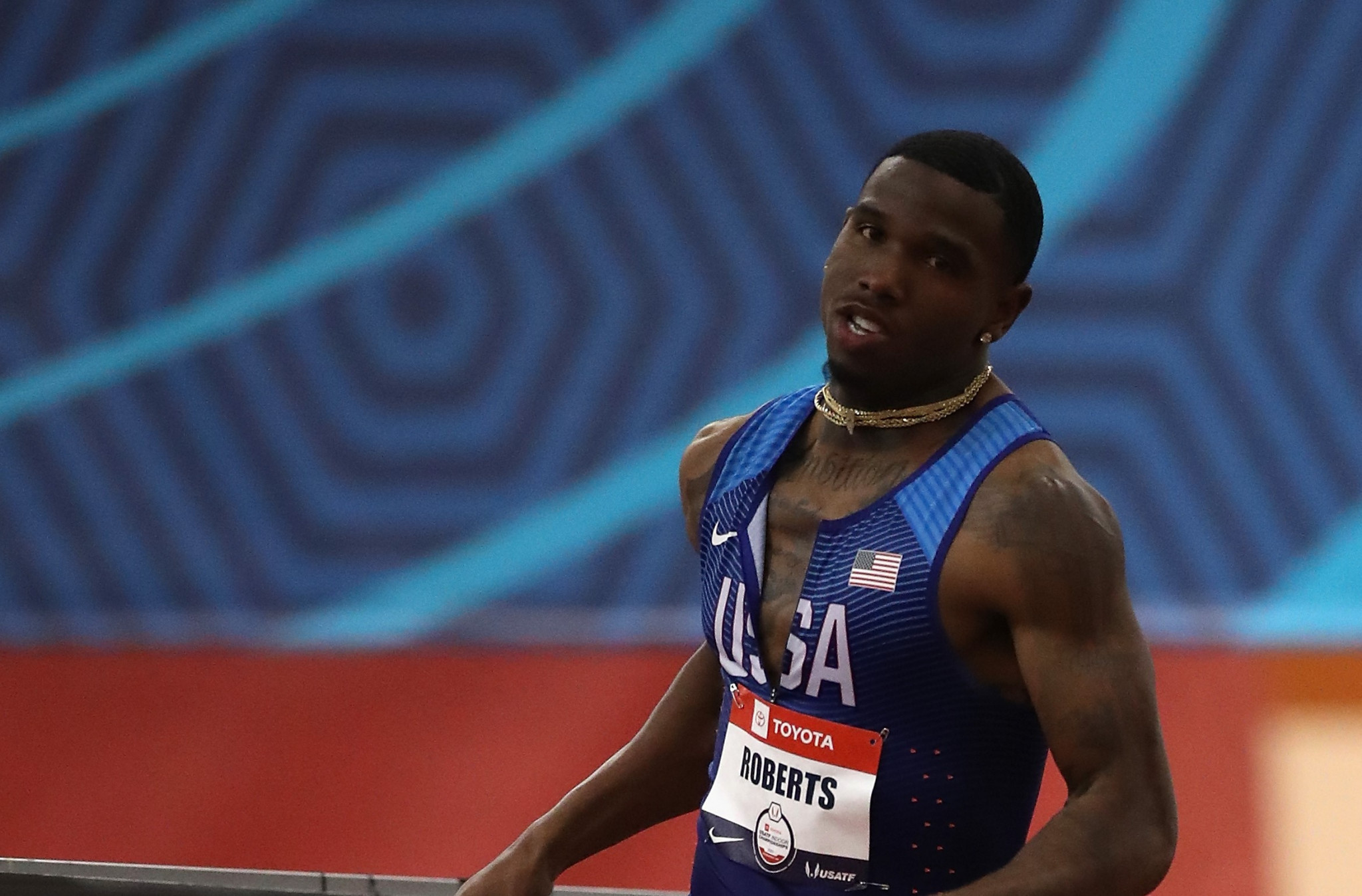 The United States Anti-doping Agency (USADA) announced today that Roberts has accepted a 16-month sanction after an out-of-competition urine sample collected on May 19 came back positive for andarine and ostarine.

Roberts argued that a dietary supplement which did not list the banned SARMs in its ingredients was to blame.

USADA accepted this, adding the supplement to its High Risk List, and therefore reduced the length of Roberts' ban.

It has been backdated to have begun on June 3, the date Roberts was provisionally suspended.

Athletes are still responsible for what enters their body and the risk of contaminated supplements has been publicised heavily.

SARMs are banned at all times and have similar properties to anabolic steroids, including aiding muscle growth or retention.

Now 33, he has also won a World Championship silver medal and World Indoor Championship gold medal in the same event.

This is not the first time Roberts has failed a drugs test, but it is his first ban.

In 2017, Roberts tested positive for probenecid, a diuretic and masking agent.

The American successfully argued that he had ingested a banned substance by kissing his girlfriend.

In that case, the World Anti-Doping Agency unsuccessful appealed to the Court of Arbitration for Sport for Roberts to be banned.

Roberts came seventh in the 400m at last year's US trials for the Tokyo 2020 Olympics.

He has no other results registered in the World Athletics database since.