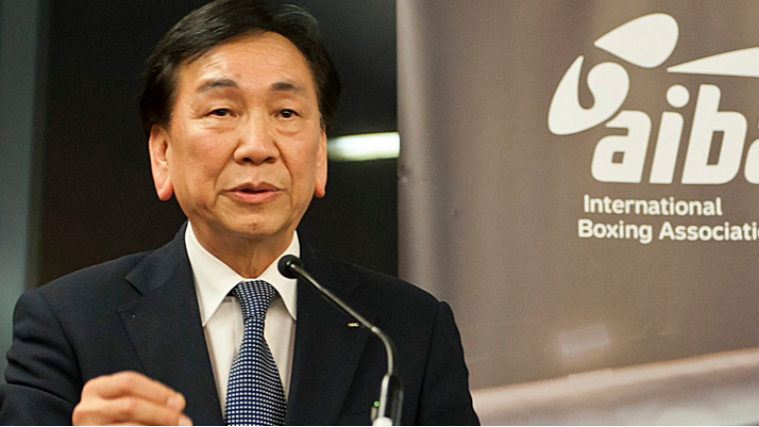 The International Boxing Association (IBA) has claimed that it continues to be punished for a culture of corruption created by individuals from the International Olympic Committee (IOC) "upper echelon."

In response to the IOC saying it would continue to monitor the sport's governance, as uncertainty surrounds its future on the Olympic programme, and suggesting it could remain under an atlernative governing body, the IBA says it believes former IOC Executive Board member CK Wu has caused its existing governance issues.

Last month, the IBA’s Board of Directors said Wu had been declared a "persona non grata" within the organisation and was not welcome at any of its events.

Wu served as President of the IBA, known during his time leading the organisation as AIBA, from 2006 to 2017.

Wu served as an IOC member from 1988 to 2020, before his resignation on medical advice.

He ran for the position of President of the IOC in 2013 and was defeated by current IOC President Thomas Bach.

Following the Board of Directors meeting last month, current IBA President Umar Kremlev said that "corruption [within AIBA] had a name, and his name is CK Wu."

Responding to the IOC saying following its Executive Board meeting in Lausanne, Switzerland, that it would continue to monitor the sport's "overall governance" the IBA issued a strongly-worded statement hitting back at the IOC.

"We continue to be punished for a culture of corruption that was created and nourished by some of the individuals from the IOC's upper echelon," the IBA said.

"This culture of corruption was developed over time and fixing it will take time to be done right, which has been ongoing for more than two years.

"Analysing the source of all problems of the past, it becomes clear that the IOC member CK Wu have caused these issues in the boxing governing body.

"For two years, IBA has been fighting with the system orchestrated by CK Wu and his team, trying to clean the house and bring boxing back to greatness it deserves.

"Now, boxing is under a direct attack, and all IBA stakeholders, its athletes, are ready to stand and defend boxing."

The IBA also used its statement to address the areas of concern highlighted by the IOC.

Regarding governance, the IBA said a group led by Ulrich Haas had completed a full review of best governance practices for the IBA, and these had been implemented.

It also said the IBA's new Board of Directors had been democratically elected and the IBA Congress had given a vote of confidence in the current leadership, and accused the IOC of not reviewing or acknowledging the work of Haas.

Regarding finance, the IBA claimed it had "closed a significant debt accumulated by the CK Wu regime and ensured sustainability for itself."

It accused the IOC of "blocking money" generated by the sport and its athletes at the Olympic Games and left the IBA with "no option" but to find sponsors.

As the IBA's IOC recognition has been suspended since 2019, its dividend from the Tokyo 2020 Olympics has been withheld.

Regarding refereeing and judging, the IBA said Pprofessor Richard McLaren had made "great strides" in vetting IBA officials, and it was waiting for the IOC to acknowledge receipt of the reports by McLaren's team.

Concluding its statement the IBA said: "Denying the fact of IBA's significant progress is simply an egregious error in not acknowledging the truth of the matter.

"We are now forced to publicly ask for details on what governance shortfalls will quench the IOC’s continued thirst to persecute our organisation and its athletes.

"IBA is open for dialogue and guidance and reiterates its full support for its athletes and coaches, as well as National Federations.

"We have built a foundation for a stable future, and we are going to continue making every effort to ensure that our athletes have a home in our boxing family and the Olympic Games."

On Monday (December 5), former world boxing champion Roy Jones Jr led a group of protesters who held banners and wore clothing bearing the phrases "no boxing without IBA" and "no Olympics without boxing" outside the IOC's headquarters.

Boxing is currently not included on the initial sports programme for the Los Aangeles 2028 Olympics.