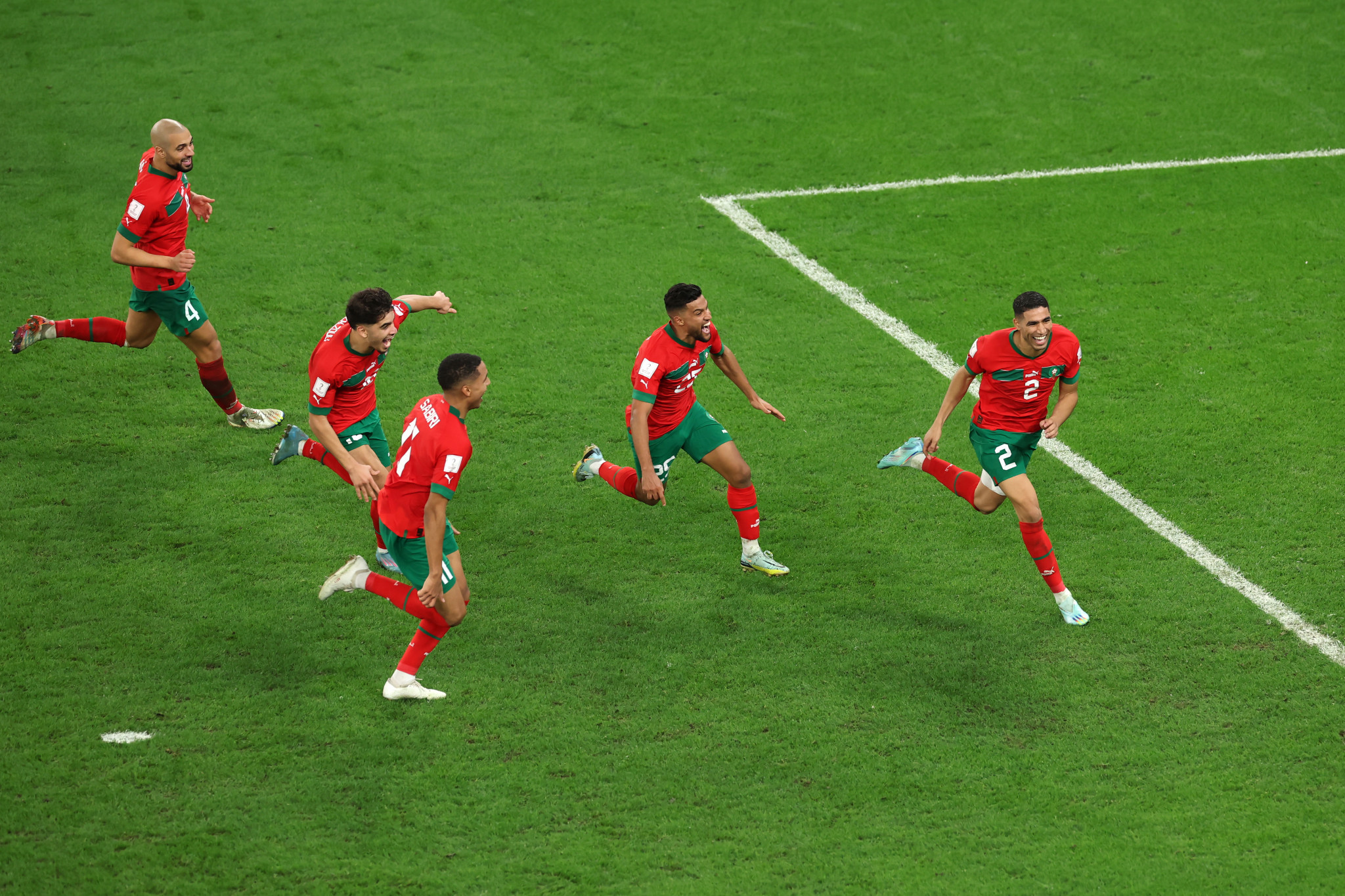 Morocco beat Spain on penalties to reach the FIFA World Cup quarter-finals for the first time ever and will face Portugal, who were irresistible in dispatching Switzerland 6-1.

Spain failed to score all three of their penalties at Education City Stadium, setting up a scenario where Madrid-born Achraf Hakimi clipped home the decisive spot kick.

Spain had dominated possession as expected but were frustrated in normal time and extra time by a stubborn Moroccan performance.

Sarabia also hit the post late on for Spain in extra time, but Morocco had chances of their own, with Nayef Aguerd and substitute Walid Cheddira both squandering great opportunities.

Spanish manager Luis Enrique had claimed before the match that his side had taken 1,000 penalties in training to prepare for a shootout, but there was little evidence of it helping as they wilted under the pressure.

This is the second tournament in a row where Spain have been knocked out on penalties in the round of 16.

The Spanish have also now lost four of their five World Cup shootouts.

Morocco, who have been one of the teams of the tournament and boast an impressive following in Qatar, are the last team left from outside of Europe and South America.

The first was an emphatic left-foot finish from a tight angle, the second a close-range prod and the third a deft chip.

Between those goals Pepe headed in from a corner, Raphaël Guerreiro slammed home after being set up by Ramos and Manuel Akanji had pulled one back for the Swiss.

Portugal have never won the World Cup and last reached the quarter-finals in 2006.

Morocco and Portugal's quarter-final clash is set for Saturday (December 10).