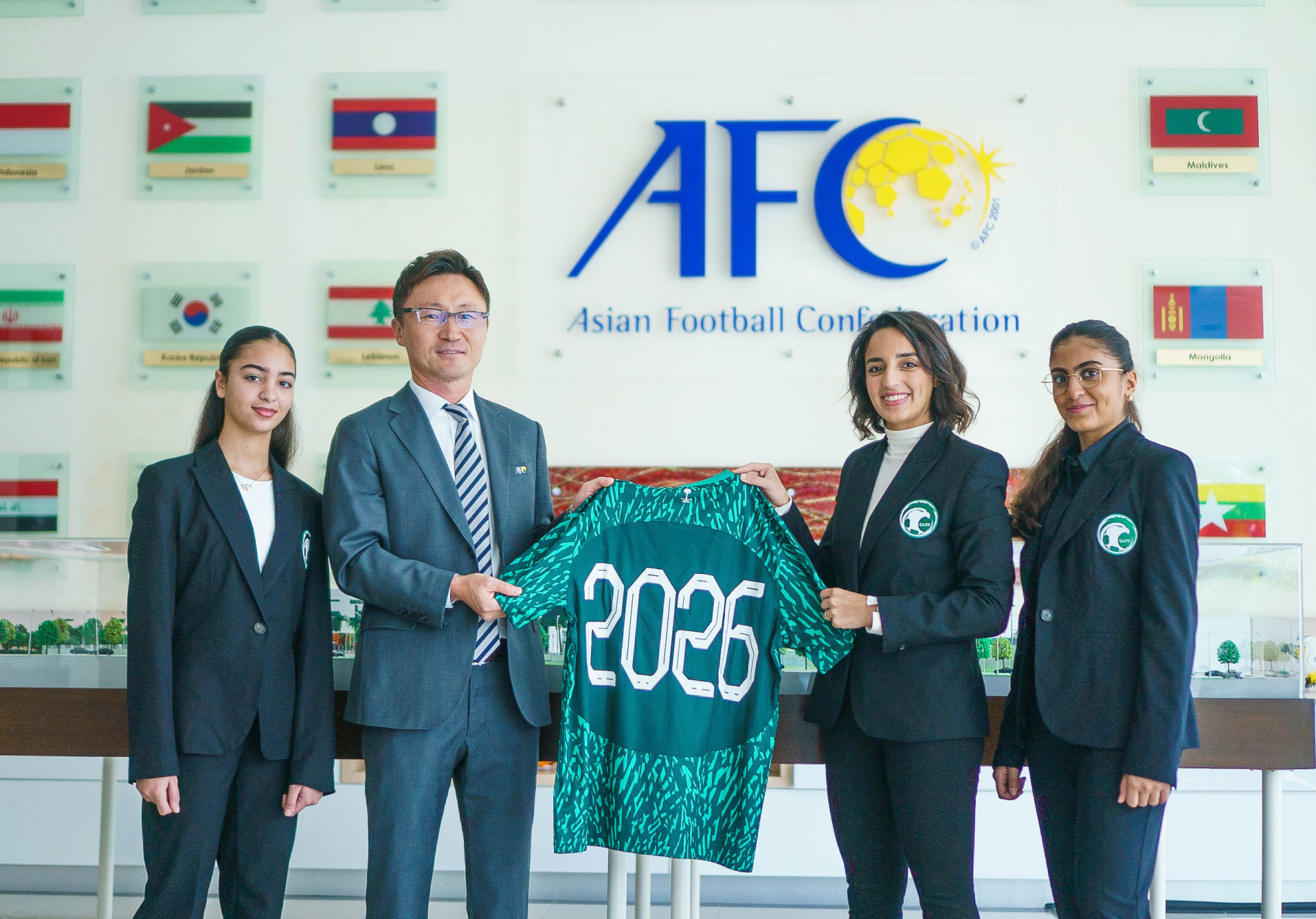 Saudi Arabia has officially submitted a bid to stage the Asian Football Confederation (AFC) Women's Asian Cup for the first time in 2026.

SAFF President Yasser Al Misehal claimed that hosting the tournament could be a catalyst for the growth of women's football in the country.

"The future of women's football in Saudi Arabia is bright and we are committed to growing the game here and throughout Asia," he said.

"More and more young girls are playing football in this country and we want to inspire them further.

"Hosting the AFC Women's Asian Cup 2026 would be a great occasion for our players and would be made memorable by the passion of our fans."

"This is an opportunity to bring the tournament to life, inspire a generation, and turbo-charge the continued growth of women’s football," she said.

"We see this as a chance to improve technical performance and show the world our homegrown talent."

Al Misehal expressed confidence that the Saudi bid for the 2026 tournament can be successful.

"We prepared from an early age for this tournament according to the highest levels of organisation, and the Saudi file is comprehensive and full of details that will enrich the 2026 AFC Women's Asian Cup, and we are confident that the chances of winning hosting will increase, God willing," the SAFF President commented.

A decision on the host country for the 2023 Asian Women's Cup is expected to be made next year.

Saudi Arabia is the first country to submit bid documentation, but is poised to face competition from Jordan, Uzbekistan and Australia.

The country has become a major destination for sports events, and has also bid for the men's Asian Cup in 2027.

A bid for the 2030 FIFA World Cup with Egypt and Greece is another strong possibility.

It has already been awarded the 2034 Asian Games, next year's World Combat Games, the 2025 Asian Indoor and Martial Arts Games, and the 2029 Asian Winter Games, and hosted numerous professional boxing fights and Formula 1 Grand Prix.

Its influence within football is also evident through the purchase of Premier League club Newcastle United by the Public Investment Fund, while Portuguese star Cristiano Ronaldo has been linked to a move to Al Nassr.

The Saudi women's national team only played its first match earlier this year following an easing of tough restrictions on women's sport.

Critics continue to accuse the Saudi regime led by Crown Prince Mohammed bin Salman of sportswashing to distract from its human rights record.

The state-ordered assassination of journalist Jamal Khashoggi, its role in the bombing in Yemen, harsh restrictions in place on women's rights and its use of the death penalty are among the criticisms levelled at the Saudi regime.

Saudi Ministers have rejected allegations of sportswashing, and pointed to a growth in sporting participation in the country.