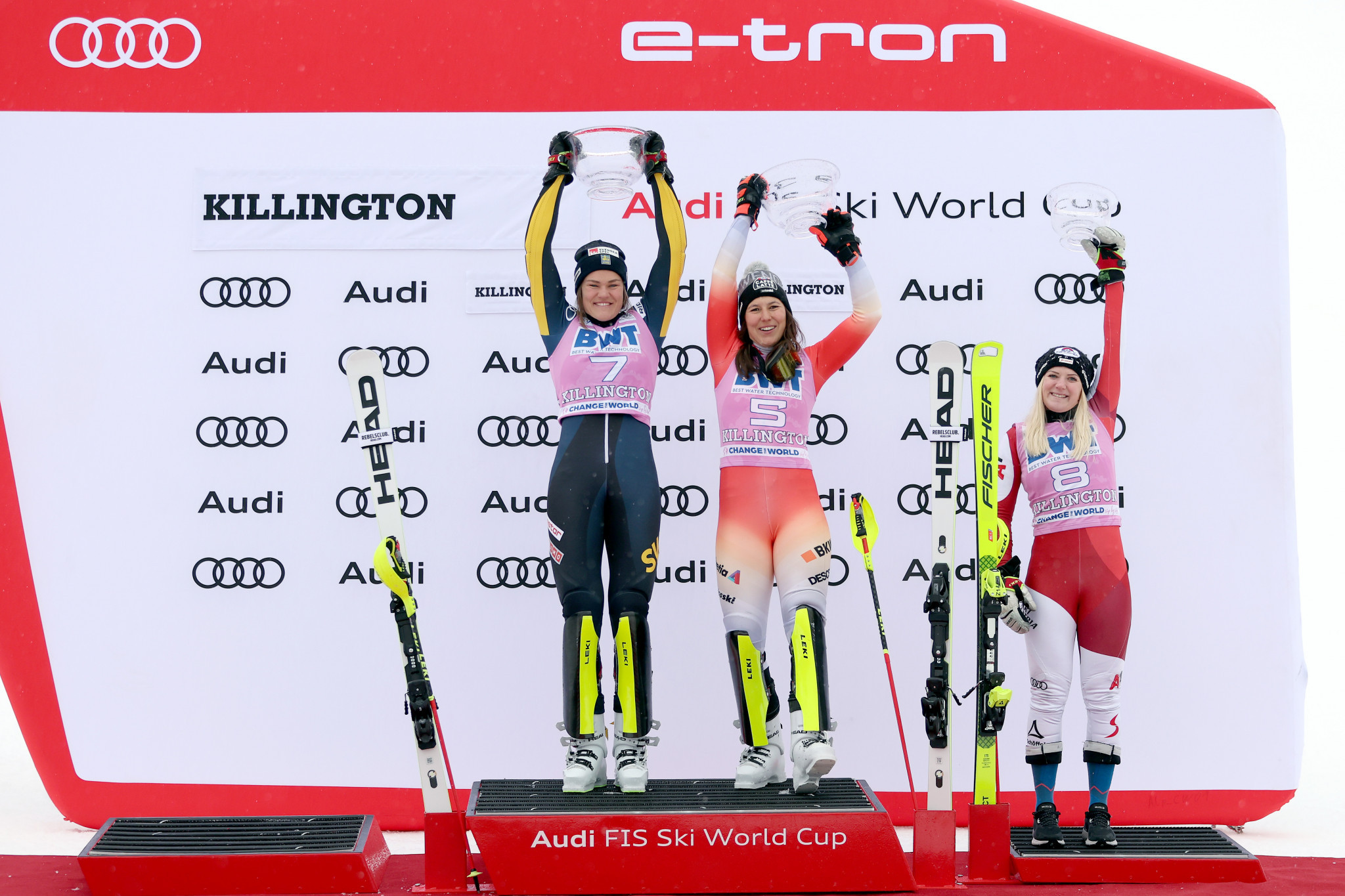 Wendy Holdener and Anna Swenn Larsson claimed joint gold in the slalom discipline at the International Ski and Snowboard Federation Alpine Ski World Cup in Killington in the United States.

Holdener of Switzerland and Swenn Larsson, of Sweden, both finished in a total time of 1min 42.97sec after two runs, sharing the gold medal.

The result was the first tie in a women’s World Cup skiing race since Maria Holf-Reisch of Germany and Finland’s Tanja Poutiainen in Flachau, Austria in 2011.

Holdener enjoyed the quicker first run of 50.56sec, following up with 52.41, while Swenn Larsson finished her first run in 50.73, before a slower 52.24 in run two to finish in an identical time to Holdener.

Dreams come true and when they are shared it is even better!
What an incredible day for these amazing skiers Anna Swenn Larsson and @WendyHoldener 🥰🥰🥰 #fisalpine pic.twitter.com/4nAPoYEApl

Current Olympic champion in the discipline Petra Vlhová of Slovakia finished fourth in 1:43.41, while Mikaela Shiffrin of the United States, who won both slalom races in last weekend’s World Cup at Levi in Finland, finished fifth in 1:43.56.

The women’s Alpine Ski World Cup circuit is due to continue in Lake Louise, Canada, with two downhill and one Super-G race, from December 2 to 4.